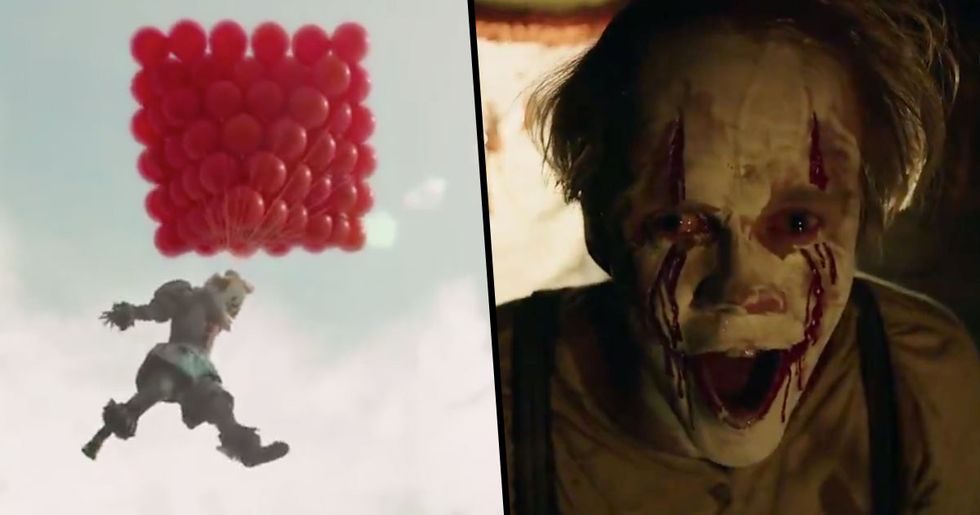 The terrifying 2017 remake of Stephen King classic, It, took horror fans by storm. Because the real villain of the movie was fear itself, there was something to terrify anyone, no matter their phobia. Many considered it to be one of the best modern horror films around and the movie sparked a resurgence within the genre overall.

Based on this success, Warner Brothers have decided to create a follow-up: It Chapter Two, based on the events of the second half of the source novel. It's set in 2016, twenty-seven years after the events of the original movie, and just in time for Pennywise to return and terrorize the neighborhood of Derry once more.

Now, the trailer has been launched - and it seems set not to disappoint It fans. Scroll down to the bottom of the article to see the brand new, simply terrifying trailer.

It was based on the novel of the same name by horror buff, Stephen King, and had been adapted once before in a television miniseries in 1990, with Tim Curry in the iconic evil clown costume.

In the 2017 adaptation, Bill Skargaard expertly took over the role.

His height (and the sheer amount of drool that he seemed to be able to produce) made him inherently terrifying - which is a particularly big achievement considering how handsome the actor is in real life.

Pennywise the clown is a truly frightening creation.

While he tends to stay predominantly in his creepy-clown form, Pennywise is actually representative of fear itself, and so can take on any form. This means that the experience of watching It is like watching dozens of horror films at the same time.

In the movie, Pennywise primarily terrorizes a group of kids, known as the Loser's Club.

Each of the kids has a very intense fear, and this allows Pennywise to successfully terrify each of them - although, by the end of the movie, the kids figure out how to fight back.

But that doesn't mean the end of It.

Because, as the legends of the movie state, "every twenty-seven years, evil revisits the town of Derry, Maine." Which means the film was ripe for a follow-up, right?

The sequel is set (you guessed it) twenty-seven years later.

This brings it almost up to a modern-day setting of 2016. Some aspects of the movie remain the same - the most obvious being the casting of Bill Skarsgard as Pennywise.

The majority of the characters in the movie remain the same.

But thanks to the large jump forward in the plotline, it's clear that the cast of the Loser's Club had to change. These kids aren't kids anymore!

The cast of It Chapter 2 is star-studded.

Leader of the Loser's Club, Bill Denbrough, is set to be played by Scottish actor, James McEvoy, best known for movies, State of Play and Atonement.

There are a few familiar faces in the sequel.

Richie Tozier (played to perfection in It by Stranger Things' Finn Wolfhard) will be recast as Bill Hader. You may recognize Hader from a range of Judd Apatow comedies and, of course, Saturday Night Live.

The lone female member of the Loser's Club was played amazingly by Sophia Lillis. Since the sequel was announced, fans have called out for Jessica Chastain to play Marsh - and it seems like casting directors took note.

There are some other notable cast members, too.

James Ransom of The Wire will take on the role of Eddie Kaspbrak, while Isaiah Mufasa (perhaps best known as "Old Spice Guy") is set to play Mike Hanlon.

But fans of the original movie don't need to fear.

The whole cast of the younger Loser's Club will also reprise their roles for flashback sequences. Phew.

Fans are very excited for the movie's release.

And though little is known about the actual plotline of the movie, little tasty tidbits like this have kept horror fans fixated on the upcoming film.

But things have been kept fairly vague.

And, considering that the movie is set for release on September 6th, they really held off when it came to dropping the trailer - perhaps as a part of a clever marketing strategy?

Warner Brothers did just enough to keep us intrigued.

Dropping incredibly realistic gory snaps like this in dribs and drabs managed to retain a certain level of hype for the dropping of the trailer.

The fact that there seems to be so much overlap between It and Chapter 2 means that fans of the first film will not be left disappointed.

The movie is set for release in around six weeks.

Which makes the fact that they've made us wait so long for the trailer seem almost cruel.

Though that hasn't put horror fans off.

In fact, the secrecy shrouding the movie's release has almost served to make fans even more excited.

This short (but highly tantalizing) segment of the trailer came out on July 9th and was the very first footage of the movie fans had seen.

Because, today, Warner Brothers finally dropped the It Chapter 2 trailer. And based on this, we're awaiting September 6th even more eagerly.