The model often trolled the Trump during his debates against democratic candidate Hillary Clinton. | 22 Words 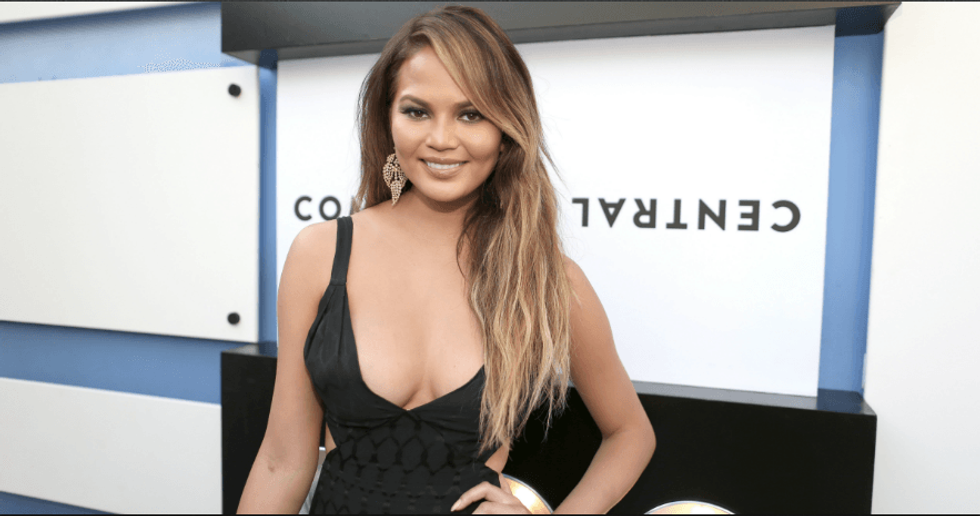 It Took a While, But THIS Tweet Finally Got Chrissy Teigen Blocked By Donald Trump

On Tuesday morning, the 31-year-old announced to the world that President Donald Trump had blocked her on Twitter.

Her last tweet to the President? “Lol no one likes you."

Teigen’s “no one likes you" reply was in response to Trump’s July 23 tweet, “It's very sad that Republicans, even some that were carried over the line on my back, do very little to protect their President."  This isn’t Teigen’s first time teasing POTUS on his favorite platform, and the model is a little surprised that such a benign message was the one that finally got her blocked.

We’ll miss Teigen’s clever Trump burns, so we decided to take a trip down memory lane and look back at some of our favorites.

Teigen has been critical of Trump long before he took office and even before he started his campaign for president.

Teigen attended Comedy’s Central Roast of Trump back in 2011.

Teigen called the event “the best room I've ever been in."

Trump hasn’t been a fan of hers for some time, either.

In 2015, during his presidential campaign, Trump retweeted criticism of Teigen, which referred to her as a “trashy gutter mouth woman." Teigen shared the exchange on her own feed, calling it “the greatest birthday gift ever."

The model often trolled the Trump during his debates against democratic candidate Hillary Clinton.

During the first presidential debate on September 26, Teigen compared Trump’s fumbling words to Steve Carell’s eccentric character on The Office. One person replied that they would rather have fictional character Michael Scott as President than Donald Trump.

She pointed out the irony when Trump misspelled "politician."

She made us laugh when she compared Trump to Christian Bale’s character in American Psycho.

Trump’s inauguration only fueled Teigen’s criticism (and her anxiety).

Some of Teigen’s followers noted that they had gotten cavities from binge eating candy or that their grades were slipping, all thanks to the stress of the Donald Trump White House.

Like many Americans, Teigen took issue with Trump’s travel ban.

Trump claimed that banning people from Muslim-majority countries would keep evil out of America. Teigen thought the best form of protection was to get rid of Trump instead.

Of course, Teigen got in on the “covfefe" action.

Although the model was just as confused as the rest of us by Trump’s seemingly tweeted typo, she came back with some real talk an hour later, adding, “I just no longer find trump trending topics or memes funny. I get sad and angry and depressed. Fuck covfefe, fuck it all, stupid idiot."

Some of Teigen’s best tweets were simple and direct.

We’ll miss seeing Teigen’s clever Trump retweets, but we’re sure she’ll find a way to keep sharing her views of the President. After all, she doesn’t have to @realDonalTrump in order to critique him.