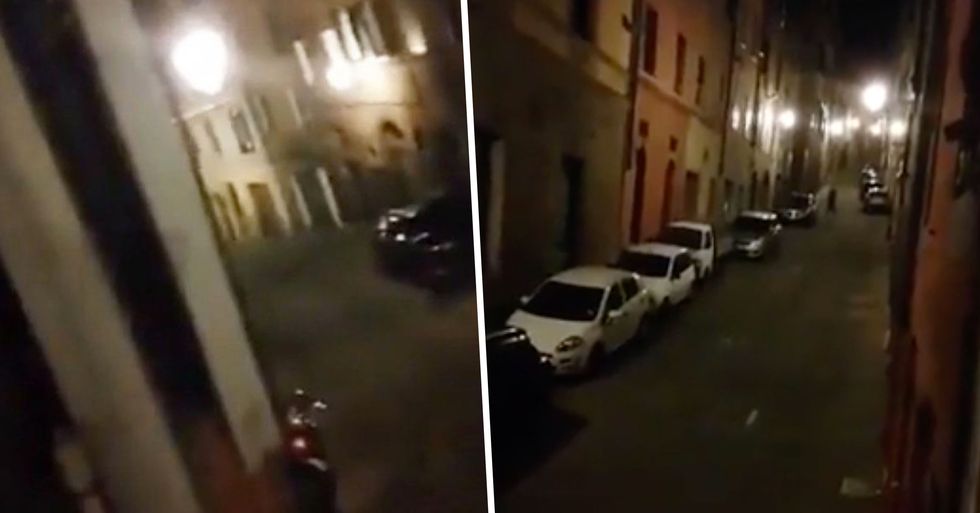 The coronavirus is currently spreading quickly and the people of Italy have come together in the midst of despair to share something beautiful.

Scroll to the end to watch the heartwarming video...

It has been confirmed by Worldometer that 5,116 people have now died globally, with the majority being in mainland China. A further 139,016 have been found to carry the virus and be infected.

Italy has been hit especially hard.

Life in Italy has ground to a halt after the country went into lockdown to try and prevent any further spread of the coronavirus.

However, humanity can be found in the darkest places.

A heartwarming video has emerged of an abandoned street in Italy that has left people in awe.

The street was filled with song.

Am out and about in Italy today. Buses I have seen are empty, streets practically deserted. Signs up in the little… https://t.co/rgqzpPC54Y
— Miriam O'Callaghan (@Miriam O'Callaghan)1583759135.0

The whole community can be heard singing, their voices echoing down the street.

They banded together in solidarity.

It was in Siena, Tuscany where people can be seen singing out of their windows, which has quickly gone viral.

People are calling it a "beautiful" act of humanity.

The Twitter user who posted the video explained: “People of my hometown Siena sing a popular song from their houses along an empty street to warm their heart during the Italian Covid-19 lockdown,"

The song is titled: ‘Canto Della Verbena’ - ‘And While Siena Sleeps’

It's a popular folk song in the city, sung by locals to express pride.

It was traditionally sung by members of a Contrada.

Which were districts set up to supply troops in the Middle Ages.

Everyone that listened to the singing was deeply moved.

Some people also wrote that it brought them to tears. One person wrote: “People breaking out in song, lifting each other’s spirits during this tragedy, is an act of striking beauty. It’s a reminder that, especially during a tragedy, the human spirit keeps us all going in hope. We shine our best in the darkness. Thank you, Siena. You made my day."

“Reminiscent of the chants from Wuhan high-rise apartments early in the epidemic there. Stay strong Italy. Praying for you guys."

People of my hometown #Siena sing a popular song from their houses along an empty street to warm their hearts durin… https://t.co/fXOdrd7X6R
— valemercurii 🌍 (@valemercurii 🌍)1584053089.0

All stores have been shut except pharmacies and supermarkets. Officials have confirmed that cases of the virus rose to fifteen thousand yesterday.