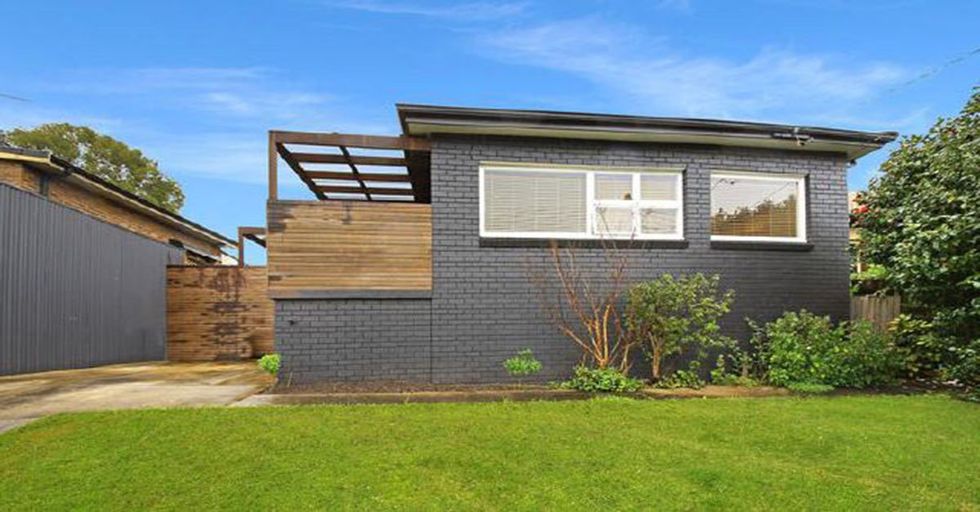 It's a Cute House Up for Sale, but This Tricky Photo Is Hiding Something Huge About It

Buying a house isn't easy, but it's something everyone has to go through.

However, some shady photography turned out to oversell people who arrived to find a house with a VERY big fault.

Look at this adorable house up for sale near Sydney, Australia! It's small, for sure. But what the house lacks in size it makes up for in adorableness. Except there's one thing it's hiding...

While they can do certain things that help get a sale that may put them on the "legal" side of things, that doesn't make it right.

As this tweet shows, being "on top of laws" means that maybe you can use them to your own crafty ends. But one realtor, possibly at the behest of his client, put up a VERY misleading pic to show a side of a house that doesn't reflect the truth. Are YOU curious yet?

Ready to see what we're talking about?

It's jaw-dropping that someone thought they could get away with this. I mean, look at this...

The newly-upgraded home is actually located next a giant water tower, which the real estate agent conveniently kept out of the listing's photos. The agent insists that the image was not Photoshopped, but instead a use of creative photography skills. If it was found to be a Photoshop, the agent could be in hot water, according to news.com.au.

What are those things even doing next to each other?

So while it might be unethical to make the house seem like it's not in the water tower's shadow, it's still technically legal. “I just don’t see how this has done any favors for the agent or the vendor," Neville Sanders, president the Real Estate Institute of Australia, told news.com.au. "You’re going to get buyers put off from the very first impression, buyers who might otherwise have been OK with the watertank out the back. In fact I probably would have said something like ‘At least the neighbor to the rear is a passive, quiet neighbour with no loud parties!’" For now it looks like the Realtor is in the clear. With a fresh coat of paint, he's still hoping the home is sold.

But don't expect a lot of repeat business.

Expect a fist fight maybe, but not good Yelp reviews.

Of course, it's possible they'd just get "intrigued," but I wouldn't stick around to find out.

But this isn't the worst house we've ever seen.

Nope. Not by a long shot.

Maybe you'll wanna buff that out before a showing.

This one just shows how little foresight they have when taking pics.

If they're this bad with pics, what aren't they telling their clients? Oh, they get FAR worse.

I guess this person thought that the same principles that guide a kid's lemonade stand would guide the sale of a home.

Maybe they misspelled it intentionally, like 'Toys R Us."

Here's a pair of goofy listings.

Which is more haunting? The poster or the noose? I say it's a tie.

The guy behind that water tower stunt should feel lucky he didn't end up like this poor fella.

Next time you're faced with hiring one of these clowns, remember:

You can always do it yourself.