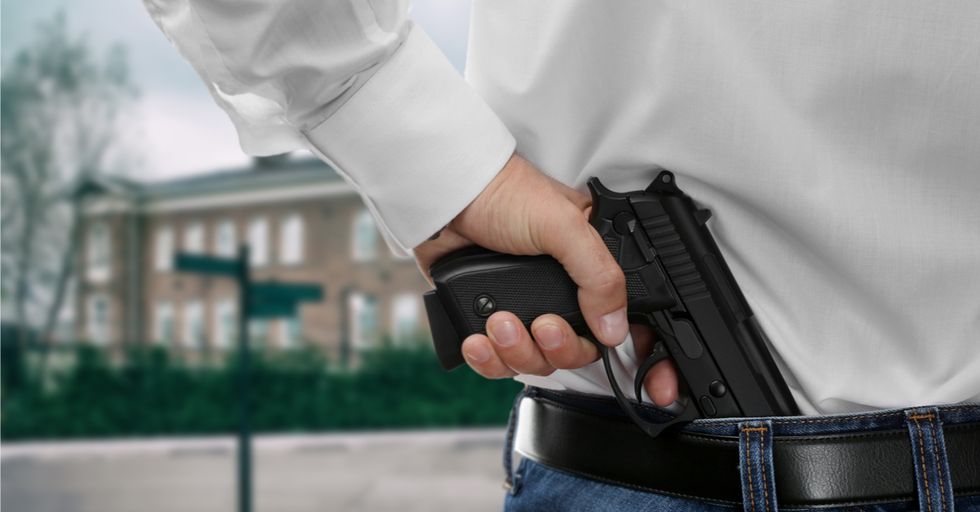 It's Important to Know the Actual Definition of 'Terrorism' Right Now

America woke up to yet another tragedy Monday as a gunman killed 58 people and wounded over 500 at a country music festival in Las Vegas, Nevada late Sunday night. Denunciations of his horrific actions have been swift, as have words of condolence and sadness. Also swift was the same debate that always rages in instances like this.

Was it actually terrorism?

Law enforcement on the scene seems to disagree.

“We have to establish what his motivation is first … it will be a matter of process,” Sheriff Joe Lombardo
— Dana Loesch (@Dana Loesch)1506949283.0

When questioned by CBS News early Monday morning, Clark County Sheriff Joe Lombardo had this reply, “No, not at this point. We believe it was a local individual. He resides here locally. .… We don’t know what his belief system was at this time." He also went on to say, “We believe it’s a solo actor. A lone wolf."

Why are these words problematic? It all goes back to the definition of terrorism.

The Merriam-Webster dictionary defines terrorism as "the systematic use of terror especially as a means of coercion." Dictionary.com notes that it is "the use of violence and threats to intimidate or coerce, especially for political purposes."

But according to law, motive is key in deciding what is a terrorist act.

According to Nevada state law, a terrorist is "a person who intentionally commits, causes, aids, furthers or conceals an act of terrorism or attempts to commit, cause, aid, further or conceal an act of terrorism." Furthermore, an act of terrorism is "any act that involves the use or the attempted use of sabotage, coercion or violence, which is intended to: a. cause great bodily harm to the population[...]" Stephen Paddock is already dead. He shot himself before law enforcement could apprehend him. We may never know what his motive is. What we do know is that he caused great bodily harm to the population and he did so with purpose and intent.

We must confront our image of what a terrorist looks like.

Even though domestic terrorism has killed far more people than international terrorists,  solo white men are not often considered "terrorists," and this is a problem. As Albert Ford, a program associate with the International Security and Fellows programs at New America noted in an interview with Politifact."The terrorist threat in the United States is almost entirely homegrown, as no foreign terrorist organization has successfully directed and orchestrated an attack in the United States since 9/11." The Las Vegas shooting is yet another reminder that we must confront terrorism and radicalization in all its forms, especially if it's at home.