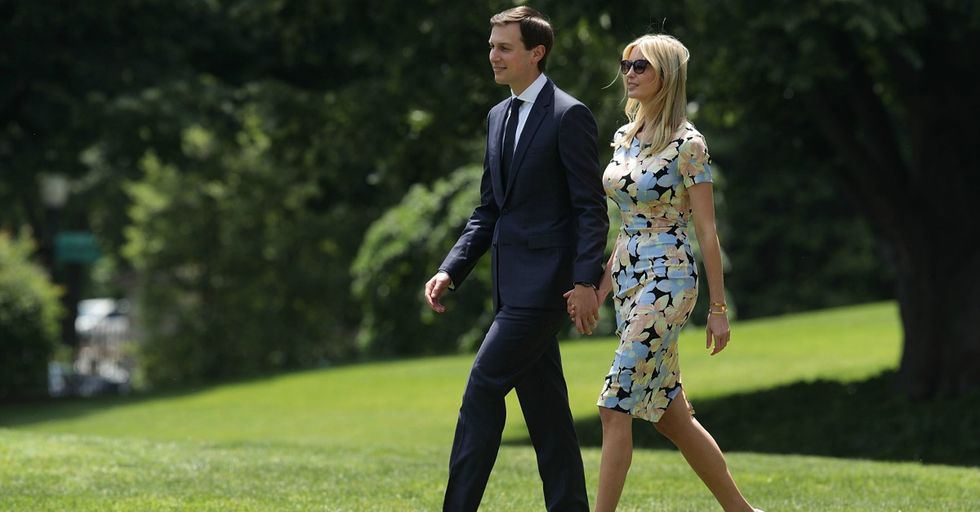 While she may seem to have the perfect marriage with husband Jared Kushner, senior advisor to President Trump, the truth behind their relationship may surprise you.

It turns out Ivanka and Jared are all business when it comes to romance.

According to an interview with Vogue, Ivanka describes their initial meeting as more of a networking opportunity than a love connection. Two friends "set them up," thinking it would be beneficial to both of their careers.

When not serving as advisors to "President Dad," Ivanka and Jared are both commercial real estate brokers.

“They very innocently set us up thinking that our only interest in one another would be transactional," she told Vogue. “Whenever we see them we’re like, the best deal we ever made!"

They also seem to have carried that businesslike mindset into their marriage and family life.

“I would say she is definitely the CEO of our household, whereas I’m more on the board of directors," said Kushner about his wife. Ivanka then went on to talk about the "romance" in their marriage, or rather, lack thereof.

“So, my husband’s idea of a date night somehow always involves me looking at one of his development sites," said Ivanka.

She also revealed that, while they try to make weekends work-free, they're often spent scoping out neighborhoods and examining potential future properties in lieu of any real "dates." They even use business terms when discussing their three children, Arabella, Theodore, and Joseph.

“We both pick up slack for each other where it’s needed, but she doesn’t want to outsource mothering, so she’s very involved."

"Outsource" mothering? Sounds like these two run a totally warm, loving, and normal household. Ivanka seems to take after her dad with her "all business, no-nonsense" way of life.