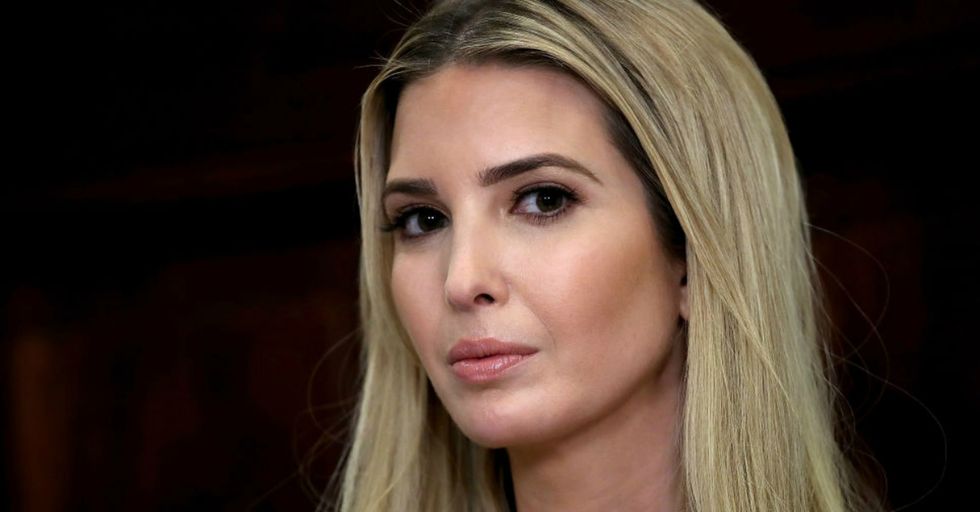 Ivanka Trump recently tweeted about her "New Year" resolution, and Twitter is having none of it. In fact, after she tweeted it out there for the entire world to see, Twitter dragged her. And they were savage. Ruthless, even.

Again, can we please just take away the Twitter accounts from all of the Trumps and everyone associated with them? Thanks!

On December 27th, President Trump's daughter tweeted out what she called her "New Year" resolution.

And what is it? To sleep more. Yep. That's it — just get more sleep!

If you're reading her tweet (which included an article explaining why sleep deprivation is toxic) and thinking "WTF?" just know that you aren't alone. In fact, Twitter had a lot to say about Ivanka's hopes for 2018.

Of course, an out-of-touch tweet from Ivanka Trump is to be expected.

The replies pretty much say it all. Kind of hard to get more sleep when the majority of people work their butts off just to survive and provide for their family.

She really just set herself up to be dragged, didn't she?

People are quick to point out how she blatantly rips off designers and works for her "daddy." It's not like it's undeserved criticism.

Some people are calling out how tone deaf the tweet is.

And how Ivanka appears to be the poster child for white privilege. So many internet side-eye glances happening right now. But the dragging doesn't end there...

This isn't the first time that Ivanka Trump has been skewered for a post she put on social media. Just recently, Ivanka and Tiffany Trump put out a ridiculous Christmas video.

In the video, they're seen blowing kisses as "O Holy Night" plays in the background. Much like Ivanka's tweet, it's insanely bizarre.

The responses to the video have similar sentiments to the New Year's resolution tweet. They mainly revolve about how tone deaf and out-of-touch the Trumps are.

Some responses to the New Year's resolution were short and to the point.

Yet packed a severe punch all the same. Do you think Ivanka favorited any of the responses? We're going to go out on a limb here and say probably not!

Others encouraged Ivanka to show her father the article that she tweeted.

Pointing out that Trump himself is pretty much the most toxic person on the planet. Maybe she wants to sleep more to try and forget that fact?

As of today, Ivanka has not deleted the tweet.

Let's be honest, she probably won't. We personally think that the Trumps' New Year's resolutions should include one involving tweeting way less. Happy New Year!