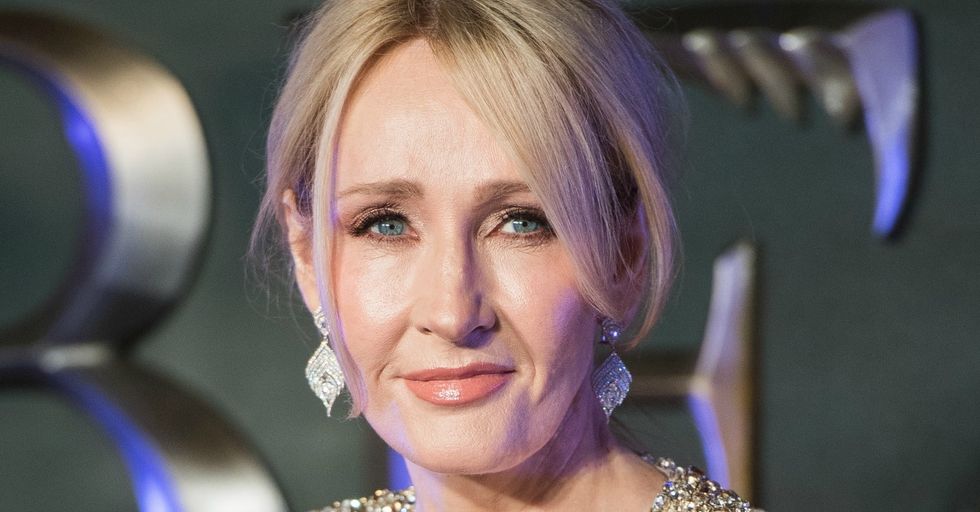 Harry Potter author J.K. Rowling is no stranger to the Twitter takedown. In fact, ever since she joined the social media platform in August 2009, Rowling has been clapping back pesky Twitter trolls like no tomorrow.  And there's no troll Rowling enjoys more than Donald Trump.

On Sunday, the President exploded onto Twitter with a rant about Clinton's dossier and uranium, emails, etc.

It seemed like just another of Trump's rants, except for one major fact...

Justice Department special counsel Robert Mueller had already announced that he was getting ready to begin indictments in the investigation into whether the Trump campaign had any connections with Russia.

In this light, Trump's word-vomit of tweets didn't seem so much like the rational ruminating of a thoughtful president, but the last flailing of a drowning man.

After all, people have long speculated that Trump colluded with Russia to steal the elections from Hillary Clinton.

It all sounded like a plot straight from the ABC show "Scandal," except there were so many factors that seemed suspicious.

For instance, there was the way Trump seemed to keep trying to derail investigations, including firing FBI Director James Comey when he began investigating Trump's Russia ties.

Unfortunately for Trump, the Comey firing had an unintended effect. To ensure there was no Russia collusion, Deputy Attorney General Rod Rosenstein appointed special counsel Robert Mueller to look into the claims of Russian collusion.

Which, of course, may very well explain Trump's recent tweets, and Rowling's reply to them.

Truer words were never said. While we would say we look forward to Trump's rebuttal, we know there won't be any. After all, it has been noted that Trump only ever goes after a certain type of person.