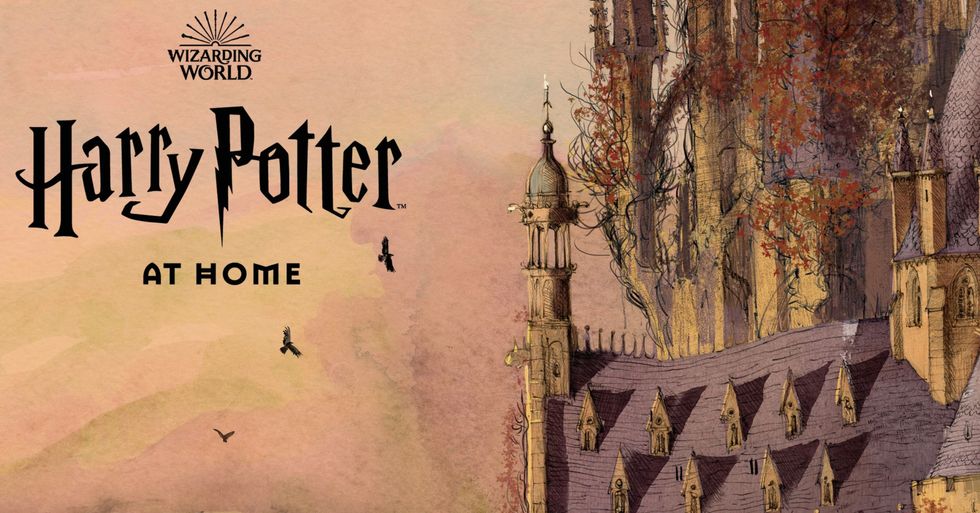 J.K. Rowling Launches 'Harry Potter at Home' for Kids and Parents in Isolation

Renowned author, J.K Rowling, has unveiled a brand new platform that enables parents and their children in self-isolation to bring the magic of Hogwarts into their own homes.

Keep scrolling to read more about this incredible new feature...

J.K Rowling is the genius behind the wizarding world of Harry Potter.

So, it has come as no surprise to hear that she has offered a helping hand during the ongoing coronavirus pandemic.

Rowling has come forward with an incredible new project that may help the millions of parents struggling with their children during the self-isolation period.

The world is currently in lockdown...

And, for parents in particular, it's proving to be a truly challenging time.

Keeping children occupied while being contained in the house all day can be a real task...

And many parents are becoming steadily more and more stressed with thinking of new ways to keep their kids entertained.

But J.K Rowling has come to the rescue.

The author has today announced her latest project, an interactive website that gives children a space to embark on a number of educational and stimulating Harry Potter-themed activities.

Taking to Twitter, Rowling revealed her latest work, "Parents, teachers, and carers working to keep children amused and interested while we’re on lockdown might need a bit of magic, so I’m delighted to launch harrypotterathome.com."

via: Harry Potter At Home

Rowling aims to "cast a charm on boredom."

via: Harry Potter At Home

A statement on the website explained that Harry Potter at Home is “where you’ll find all the latest things to keep you occupied - from special activity kits from Bloomsbury to Scholastic, to nifty magical craft videos fun articles, quizzes, puzzles and more. We’re casting a Banishing Charm on boredom."

She believes that all those working hard to keep children entertained and educated during the lockdown deserve their own bit of magic.

The teachers, parents, and carers working to keep children’s lives as normal and happy as possible while we’re all on lockdown deserve a bit of magic. I hope these initiatives will give children and even adults a happy distraction during their enforced stay-at-home time."

What a truly magical woman.

For more on the enchanting world of Harry Potter, keep scrolling to read about the new wizarding store set to open in NYC...