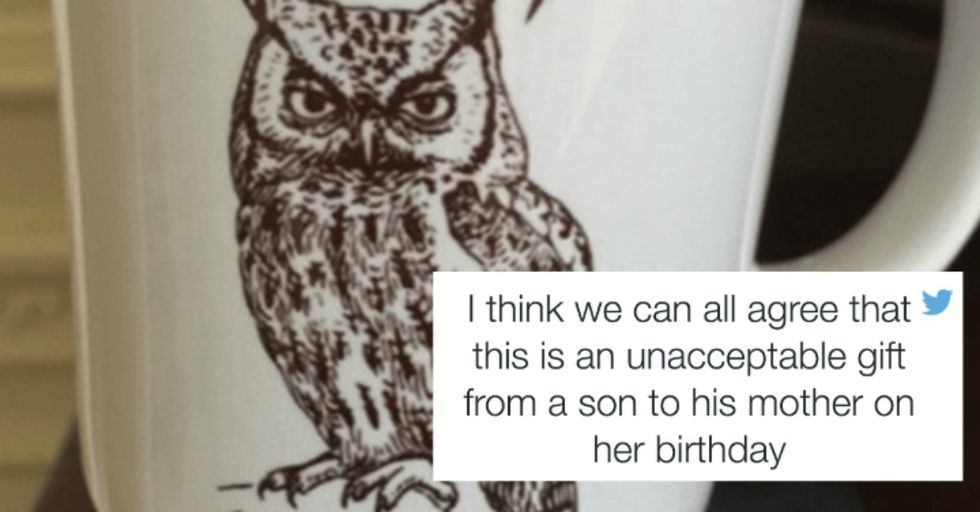 J.K. Rowling's Son Gave Her The Funniest and Most Inappropriate Birthday Gift Ever

If you're a Harry Potter fan, you know that July 31 is a pretty big day.

For those not in the know, July 31st is not only J.K. Rowling's birthday, it's the fictional birthday of her beloved creation, Harry Potter.

And this year, it's also the opening day of Harry Potter and the Cursed Child.

If you're unfamiliar, The Cursed Child is the feverishly anticipated two-part play and sequel to the Harry Potter series.

Rowling received well-wishes and birthday love from fans around the globe.

Including some famous fans.

And wait until you see the cake they got her...

Rowling had ample time to celebrate her birthday, despite attending the opening of her play.

Like this cake in the shape of King's Cross station! Where can we get one of these?

Unfortunately, we muggles probably can't get our hands on a cake like that.

But we can at least appreciate it from afar.

She was certainly feeling the birthday love.

But truly, the gift from her son tops them all...

But is it one that she'll never forget? You can bank on that.
How rude! (Though we assume it was in jest.)

We can definitely feel the love here.

At the very least, we have a good idea what to get our parents for their birthdays.