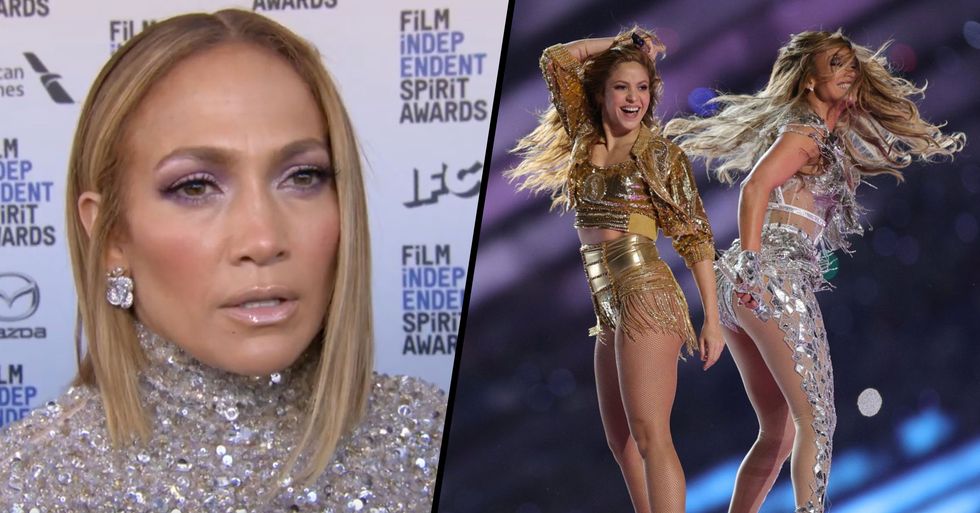 This month, the Kansas City Chiefs took on the Francisco 49ers in the 54th annual Super Bowl at Hard Rock Stadium in Miami Gardens, Fla.

But we all know that the Super Bowl is as much as about the music as it is football, and this year's long-awaited half-time show performance by J-Lo and Shakira got everyone talking - and not all said was good.

Now J-Lo has finally spoken up to address the criticism...

And how the 2 goddesses haven't aged at all.

Not that we're complaining.

For a while, the stars kept schtum.

But now J-Lo has spoken out and addressed the controversy.

She told Variety it was meant to be "a celebration of women and our Latino culture."

"Both of us are really respectful performers who are moms, who have kids, who are very conscious of what we do."

"We did a show that I believe was a celebration of women and our Latino culture that was really well received."

"And that small faction of people who want to be negative about it, it's not something I can even let in because it was such an amazing night, and so many beautiful things came out of it."

"The message of standing up for yourself, being a woman – that’s what I want to pass on to little girls."

"You're strong, you're beautiful — everything about you, be proud of it."

"I’m very proud of the performance that night." We're not surprised - we're proud of them too!

There's a huge double standard when it comes to what's seen as too sexy, and what's seen as acceptable. *Rolls eyes forever.* Fancy more Super Bowl controversy? Scroll on for the Jason Momoa commercial that got everyone talking - and not in a good way ...