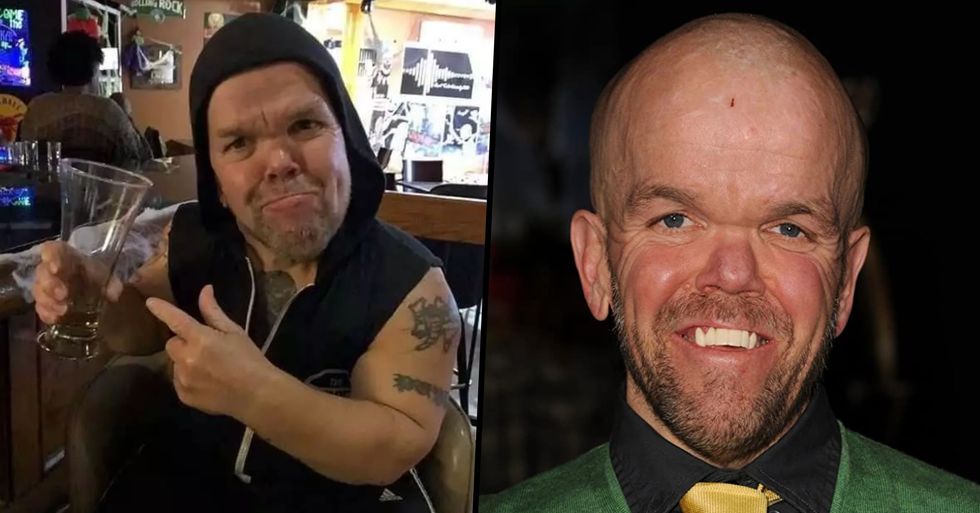 Jackass star and pro-wrestler, Stevie Lee, has sadly passed away.

Keep on reading to learn more about his life and this terrible tragedy...

Stevie Lee has sadly passed away.

The actor was taken way too soon.

Born in England, Lee went on to pursue a career in acting.

Standing at just 4ft 2", the actor started his career by being the leading man of Half Pint Brawlers.
Half Pint Brawlers is a wrestling company and television series, and the company is considered the craziest and also the top midget wrestling company in the country. Known for controversy and also for their hardcore wrestling style, they often use staple guns, thumb tacks, broken bottles, and barbed wire in their matches.

It certainly isn't for the faint-hearted...

And the company was even banned from doing their live performances in several states.

Lee went under the stage name of Puppet The Psycho Dwarf...

And this is how he landed himself a stint on the infamous TV show, Jackass.
Lee featured as himself in Jackass 3D back in 2010 and this extreme role gave the actor even more exposure in Hollywood, landing him some parts in huge productions.

The actor landed a small role in the 2013 movie Oz The Great And Powerful...

And this lead to several appearances and roles in the horror series, American Horror Story.

He appeared in the fourth season, Freak Show...

And he portrayed the characters of several "evil dwarves" alongside some of the biggest names in Hollywood.
He also acted in movies such Rhino and Baby Fever The Movie.

But the sad news has just come in that Stevie Lee has passed away.

His death was announced by Impact Wrestling, which was formerly known as TNA:
"It is with great sadness that we learn of the passing of Stevie Lee, better known as 'Puppet The Psycho Dwarf' in the early days of TNA. We send our deepest condolences to his friends and family."

Since the news of his death broke, tributes have been flooding in from all around the world.

It's such a tragic loss.

@IMPACTWRESTLING Sad to learn of Puppet's passing. He is a former WCPW Midget Champion and will forever be part of… https://t.co/PJJaLkq6hg
— The Official WCPW® (@The Official WCPW®)1599787942.0

@IMPACTWRESTLING @realsuyung him pulling a gun to Jeff Jarrett is still one of the funniest segments in TNA history , RIP
— Samuele Brogi (@Samuele Brogi)1599788986.0

A GoFundMe page has been set up to help family and friends with funeral costs.

"Steve "Puppet The Psycho Dwarf" Lee Richardson unexpectedly passed away on Wednesday, September 9, 2020, at his home in the morning," the page reads. "He was beloved by many and has many friends that were family, fans that adored him, but only his brother Jim left to take care of final arrangements."

"Puppet has put smiles across the world with his hardcore attitude and lifestyle. He is a legend in the art of Midget Wrestling. He needs our help to give him one last curtain call. Please donate what you can, share his memories with everyone, and share this fundraiser to give the Psycho Dwarf the best resting place possible."

Our deepest condolences go out to his family during this difficult time. For more on this terrible year, keep on reading to learn about all the celebrity tragedies we've had so far...