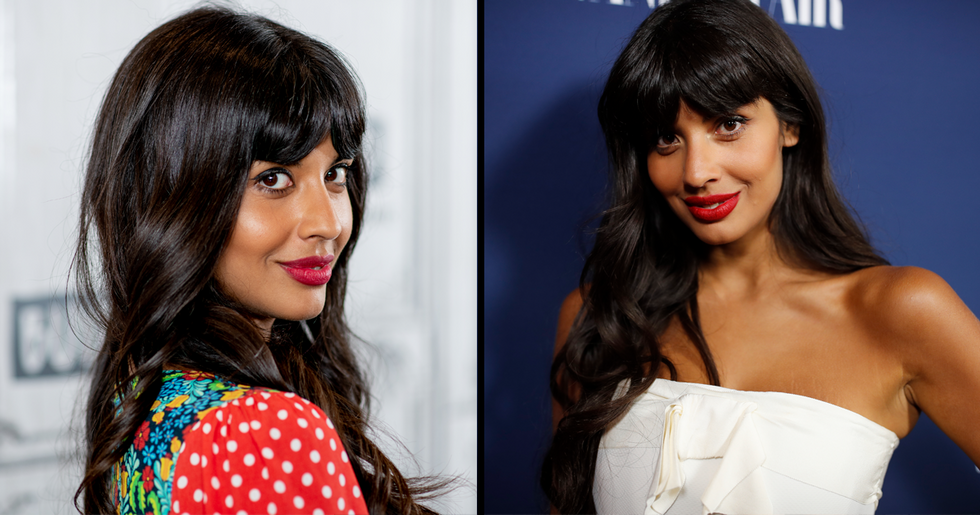 Jameela Jamil Says Abortion Was the Best Decision She Ever Made

Jameela Jamil is known for being outspoken about important issues. The actress, model, presenter and activist frequently uses social media to speak out about the things that matter to her, particularly social issues that affect women.

In the face of a new anti-abortion law that's been imposed in Georgia, Jamil shared her abortion story online and the reaction has been pretty intense. The law will make it illegal for a woman to have an abortion once a heartbeat has been detected and has been dubbed the "heartbeat bill".

Keep reading for more information about the "heartbeat bill" and to see how the internet reaction to Jamil's personal experience.

On May 7th, Brian Kemp, the Governor of Georgia signed the anti-abortion "heartbeat bill".

According to Huffpost, Kemp’s signature overrides the old state law that allows abortion up until twenty weeks and, as a consequence of the bill, Georgia is now one of the most restrictive states in America when it comes to abortion.

The law makes it illegal to have an abortion when doctors can detect a fetal heartbeat.

Kemp believes that the bill is doing important work.

"Wait, what? Easy? It's never an easy decision," Twitter-user, Shannon Reno ‏says. "No woman wakes up and thinks, 'Today is a great day for an abortion!' However, she CAN (and should always be able..."

Huffpost has noted that the Center for Reproductive Rights has pledged to sue the state.

In March, Kemp claimed that "there will no doubt be a legal battle" if the bill passed.

The problem isn't just in Georgia.

"Bills marking a fetal heartbeat as a deadline for abortion have also been introduced this year in Tennessee and Mississippi," Huffpost notes.

And, now, our favorite activist has weighed in.

Jameela Jamil is an actress, model, presenter and, of course, activist. She's perhaps most famous for playing Tahani Al-Jami on The Good Place.

Jamil said that the new law is "blatantly demonstrative of a hatred of women".

The issue of rape has been a huge point of contention concerning the issue.

"A dude can rape a chick and get six months but if you get an abortion it’s 10 years for you lmao Alabama and Georgia disgusting yo shame on y’all," Twitter-user, @thafrontoffice, said.

But it's not just victims of rape that this law will affect.

It will have an impact on the lives of all women that fall pregnant; they will be stripped of an important choice as a consequence of the bills.

She moved on to add the concept of foster homes to the argument.

"So many children will end up in foster homes. So many lives ruined. So very cruel," she tweeted.

But she wanted to make it clear that she had nothing against foster homes in and of themselves.

"I’m in awe of people who take in children in need of a family and a home: but if Georgia becomes inundated with children who are unwanted or unable to be cared for, it will be hard to find great fostering for them all," she wrote.

This was the part that really struck a chord with people - and not in a good way.

"No, no, of course not. No criticism of foster homes, it's just...that death is preferable," Twitter-user, @kierkegaardpwns, said.

Jamil also pointed to the fact it will primarily be marginalized women that will suffer under the new laws.

Anyone with money could move state if they felt that they wanted to have an abortion.

Many people have taken offense to Jamil's tweets.

"How can the best thing for a baby be that it doesn’t get to live a full life?," Isabel Cristina replied.

"So glad my birth mother wasn't you. #adopted," Laurie tweeted.

"You suffer from some twisted logic," Melody said in response to Jamil.

@jameelajamil I understand why you’re sharing this but it’s a terrible way to go about it. If we lose focus on bodi… https://t.co/teJoGx7fCS
— Sarah_Woolley (@Sarah_Woolley)1557905852.0

Twitter-user, Renee Lester said, "as a kid in foster care, i can tell you i would rather be where i am right here with my foster family rather than being aborted and not being able to love. to live. to meet new people and to grow."

"Awesome story! You are valued and loved," Elijah Carlton replied in response to Renee's tweets.

Despite the criticism of Jamil's tweets, many were in support of the point that she was trying to get across.

Many agreed that women should have the choice, no matter what the reason for that choice may be.

And many emphasized with Jamil.

@jameelajamil I know you're confident enough by yourself, but in the face of all of this gross online backlash I ju… https://t.co/GOvygGFggP
— betsy (@betsy)1557899986.0

"I know ur getting a lot of hate for this rn so just wanted to say this does make sense and anyone who says otherwise is so blinded by their prejudice and hatred. I support you and am proud of you for admitting this and being there for other people," @ehhabigail said in response to Jamil's tweets.

Some are convinced that the passing of the bill in Georgia is a tactic to subordinate women.

@jameelajamil But of course Georgia wants women to be property again. They rigged their last election.
— Juan Amambeesh (@Juan Amambeesh)1557896951.0

"Not surprised to see so many dudes angrily lashing out at Jameela Jamil for her courage in speaking about her abortion. Being able to trap a lovely woman in a loveless marriage at a young age and stifling her ambition is the *reason* they support abortion bans," Amanda Marcotte, politics writer for Salon wrote.

Jameela Jamil isn't the only famous face to have told her story in the face of the "heartbeat bill".

Oh her talk show, actress, Busy Phillips, shared her experience as a teenager.

@BusyPhilipps #YouKnowMe. I feel like I have to provide a heart breaking reason why I had two abortions. I simply… https://t.co/PemGKlEyCd
— New Normal (@New Normal)1557906195.0

Women across the globe shared their stories and it looks like Jamil and Phillips aren't alone. The bills that have been passed in states across America deny women an important choice and, now, the world is hearing about why that choice matters.