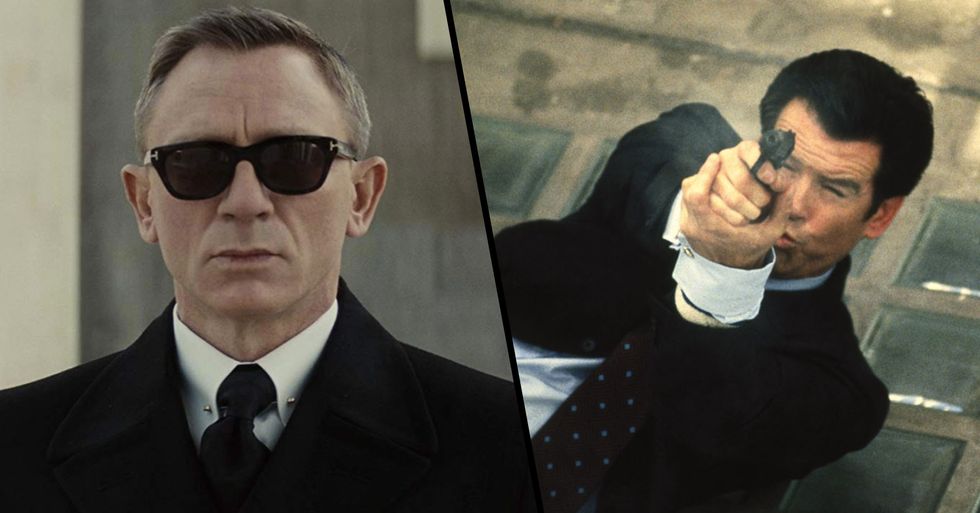 James Bond Producer Says Next 007 'Can Be Any Color, but He Is Male'

Daniel Craig has announced that the newest 2020 movie, No Time To Die, will be his last stint as the 007 agent, leaving just one question...

There have been many speculations over the gender and race of the next James Bond, but the producers have given away a major hint as to who they will be.

James Bond is an iconic figure.

The 007 agent dates all the way back to 1953 after a series of books were created and published by British author, Ian Fleming.

And when he died in 1964, his legacy of work was recognized and was to be later adapted onto the big screen... creating the James Bond that we all know and love to this day.

The next James Bond would be David Niven.

Niven only starred in one of the movies, Casino Royale, in 1967 and he passed over the tuxedo to George Lazenby in 1969.

Iconic Hollywood actors such as Roger Moore, Timothy Dalton, and Pierce Brosnan went on to play the role.

His first stint as Bond was in the reboot of Casino Royale, and despite starring in only 4 Bond movies, Craig has become the longest-serving 007 agent for fourteen years.

The entire world very quickly fell in love with Craig...

And it's really not hard to see why.

He has become the face of the iconic franchise...

And No Time To Die, that is coming later this year, will be Craig's fifth movie as the superstar agent.

But Craig recently made an announcement...

This will be his last ever movie as James Bond.

He is officially retiring from the undercover spy life...

And that leaves us with just one question... who will replace him?

Fans have already been speculating...

And a lot of people began pitching the idea that the next James Bond should be a woman.

But a lot of people were against the idea of changing James Bond's character after being such a significant figure for 6 decades.

Craig's wife even had her say...

“Why not create your own story rather than jumping onto the shoulders and being compared to all those other male predecessors?" Rachel Weisz said in a 2018 interview. “Women are really fascinating and interesting, and should get their own stories."

But it has to be said that the actors who have played the 007 agent in the past have all lacked one thing... and that's diversity.

It is very noticeable...

All of the James Bond actors have been white, and many are hoping for this to be changed for the next movie.

But it seems that 007 producer Barbara Broccoli has finally given us an insight into this problem...

Broccoli and fellow Bond producer Michael G. Wilson told Variety that the search for the next Bond is yet to begin as their priorities remain focused on finishing No Time to Die.

But despite the next Bond yet being unknown...

Broccoli is certain of one thing. "He can be of any color, but he is male," she explained.

She believes that women are far more interesting than taking on a male character...

"I believe we should be creating new characters for women - strong female characters. I’m not particularly interested in taking a male character and having a woman play it. I think women are far more interesting than that", she went on to say.

Broccoli has always believed in this...

Speaking to The Guardian back in 2018, she said, "Bond is male. He’s a male character. He was written as a male and I think he’ll probably stay as a male."