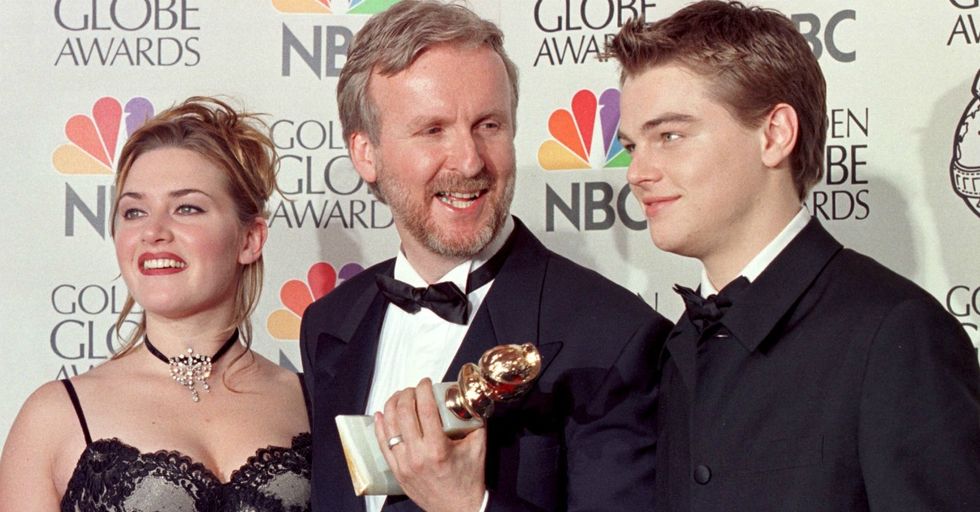 Twenty years ago, the movie Titanic took America's hearts by storm. The tearjerker, directed by James Cameron – a director so notoriously short-tempered, fantasy author Orson Scott Card called him "hell on wheels," and lead actress Kate Winslet promised not to work with him again unless it was for "a lot of money" – grossed nearly two billion dollars at the box office. In fact, it held the title for highest grossing movie of all time for just over 12 years, until it was eclipsed by another Cameron film, Avatar.

The point here is, Cameron is an amazing director, but he's a massive prick.

Despite this, Cameron is great at romances. Well, he's great at lots of types of films – see Avatar, Terminator, True Lies – but Titanic was his masterpiece, his pièce de résistance.

Titanic tells the story of aristocratic Rose DeWitt Bukater (Kate Winslet), who boards the eponymously-named vessel with her mother and boorish fiancé. Rose's family hopes her marriage will restore their fortunes, but Rose isn't really into her douchey fiancé.

When she considers suicide by jumping off the ship's stern, in steps Jack Dawson (Leonardo DiCaprio), a penniless artist.

Only problem is – well, there's lots of problems with their relationship (young love, issues of class and money) – they're on the Titanic.

Remember the Titanic, the mega-ship that famously sank once it hit an iceberg, taking 1,503 people with it? Well, that's the ship upon which the young lovers consummate their sweet, sweet love, courtesy of glowing James Cameron camera angles.

Spoiler alert, but that basically means one of them dies.

By one of them, we mean Jack, who tragically freezes to death in the water while allowing Rose to stay on a wooden door they salvaged. The irony here is that she's rescued about an hour later.

Over the years, one fact about the movie has been a flashpoint for over two decades of debate.

Why did Jack have to die? Although some people have insisted the door was only buoyant enough for one, there's more than enough space for the both of them to lie on it. Rose could have literally just scooted over, and problem solved. It's been such a point of contention that publications like the Huffington Post have published whole articles with diagrams about how both of them could have easily fit on the wooden door. But, c'est la vie. Now, finally, after years of being stalked and tormented about this door conundrum, Cameron has finally given Titanic stans the definitive answer they've been craving...

In an interview with Vanity Fair, the director lays out the reason Jack had to die.

First of all, the door was definitely too small, Cameron explains:

I was in the water with the piece of wood putting people on it for about two days getting it exactly buoyant enough so that it would support one person with full free-board, meaning that she wasn’t immersed at all in the 28 degree water so that she could survive the three hours it took until the rescue ship got there. [Jack] didn’t know that she was gonna get picked up by a lifeboat an hour later; he was dead anyway. And we very, very finely tuned it to be exactly what you see in the movie because I believed at the time, and still do, that that’s what it would have taken for one person to survive.

But it still doesn't explain why Jack died though.

1. They could have taken turns on that door (body heat, equality, etc). 2. That door was damn sure big enough for the both of them. Doesn't matter how Cameron sciences his science, we saw what we saw.

Cameron acknowledges, however, that no matter the science, there was one other huge reason Jack had to die.

Obviously it was an artistic choice, the thing was just big enough to hold her, and not big enough to hold him... Had he lived, the ending of the film would have been meaningless... The film is about death and separation; he had to die. So whether it was that, or whether a smoke stack fell on him, he was going down. It’s called art, things happen for artistic reasons, not for physics reasons.

Cameron has one last thought on the matter.

"I think it’s all kind of silly, really," he said, "that we’re having this discussion 20 years later. But it does show that the film was effective in making Jack so endearing to the audience that it hurts them to see him die. " So there you have it – James Cameron killed Jack, Leonardo DiCaprio's most perfect incarnation (seriously, the man has never looked as good since), because he wanted to. Dick. But he's still a genius though.