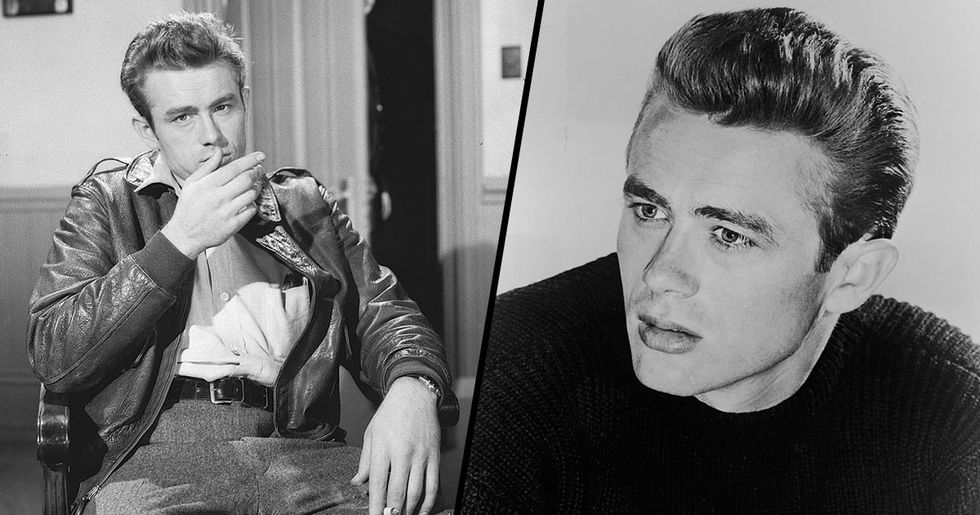 When you think about the most iconic actors of the past, who comes into mind instantly? Clint Eastwood? Marilyn Monroe? There's only one icon for me, and it's James Dean. The actor, known for his devilish good looks and his charm, managed to win over audiences even before he made it to the big screen.

Even though his career was cut short, after a car accident that ultimately ended his life, he had already cemented his legacy. And it seems as if the film industry is willing to take risks to continue putting him on the big screen, even when he is not with us. Finding Jack is an upcoming film set to star James Dean... Yes. You read that correctly.

Keep reading to find out exactly how this is possible...

You're familiar with James Dean, right?

Of course, you are. The notoriously handsome actor ruled the big screen in the early fifties.

His legacy continues to this day, with many people trying to mimic the impact he made.

It would be a compliment to anyone to know they had such a positive impact on the global film industry.

Born in Marion, Indiana, Dean started honing his craft from a young age.

Around the age of 3, his mother self-taught him how to play the violin and shortly after, he was also enrolled in tap dancing lessons where he got his first taste of being a performer.

And after continuing both hobbies, he became skilled in both arts.

It helped him to become confident in his skills which meant it was easier for him to secure roles in TV and film.

However, his life wasn't all perfect.

At age 9, his mother died due to uterine cancer. Dean had to move back and forth, staying with relatives while his dad worked as a dental mechanic.

And after he dropped his law degree to major in drama, his father ended up kicking him out.

So he was left to fend for himself, following his own dreams that opposed to what others expected of him. And after spending time securing insignificant parts in films such as Fixed Bayonets and Has Anybody Seen My Gal?, he finally made it to the big leagues.

His first starring role was in East of Eden directed by Elia Kazan.

And that quickly secured him more spots in major films such as Rebel Without a Cause and Giant.

But his success was short-lived...

While driving his new Porsche 550 Spyder through California, the actor collided with another car which resulted in Dean's untimely death. A true rising star was lost that day.

However, film directors are hoping to continue his legacy.

The icon, who has been dead for over six decades, will now be making a comeback to the world of acting in the upcoming action-drama Finding Jack.

Set in Vietnam, Dean will play "Rogan" in a secondary lead role.

"How on earth is that possible?" I hear you ask. It does seem like a strange concept, but technology plays a crucial role in this.

It all starts with CGI...

For those of you that aren't aware, CGI stands for "computer-generated imagery." The directors of Finding Jack plan to use old footage of Dean, as well as photos to bring him to life on the big screen.

Anton Ernst and Tati Golykh launched "Magic City Films" which is rumored to use these unique methods.

The two directors obtained the right to use James Deans' public and private footage from his family so that they can closely resemble the actual man who stole audiences' hearts.

"We searched high and low for the perfect character to portray the role of Rogan, which has some extremely complex character arcs, and after months of research, we decided on James Dean."

"We feel very honored that his family supports us."

"[And we] will take every precaution to ensure that his legacy as one of the most epic film stars to date is kept firmly intact. The family views this as his fourth movie, a movie he never got to make. We do not intend to let his fans down."

Even though Dean has been "cast", another actor will voice him.

Preproduction for Finding Jack begins November 17th, with a goal for a worldwide release on Veterans Day. The film tells the story of the abandonment of thousands of military dogs at the end of the Vietnam War.

Even though his family agreed to the idea, it seems as if fans aren't too pleased.

@THR Why not look for the next James Dean instead? Why not give a young unknown a chance? Insanely disrespectful to… https://t.co/7JyyYZk0VJ
— Daniel Jiménez (@Daniel Jiménez)1573056449.0

Lots of them have brought up the fact that this is just a cheaper method than employing actual actors, and rather than giving opportunities to upcoming stars, we would rather use technology to play with something that shouldn't be touched.

It seems like a legitimate concern for a lot of fans.

Hardly anyone seems to be on board.

It's crazy just how far this idea can go...

@THR In related news, Shakespearebot 3000 has been developed to write the script based on Elizabethan algorithms
— Drinking Game! (@Drinking Game!)1573062816.0

Are people going to try to bring other dead icons back?

Are we really going to run living actors and musicians out of a job? Being in the Creative Arts industry is hard enough and now people are expected to compete with holograms? The idea just doesn't sit right... If you're in the mood to see a bunch of the best films of all time, with actors that were alive at the time, keep scrolling!