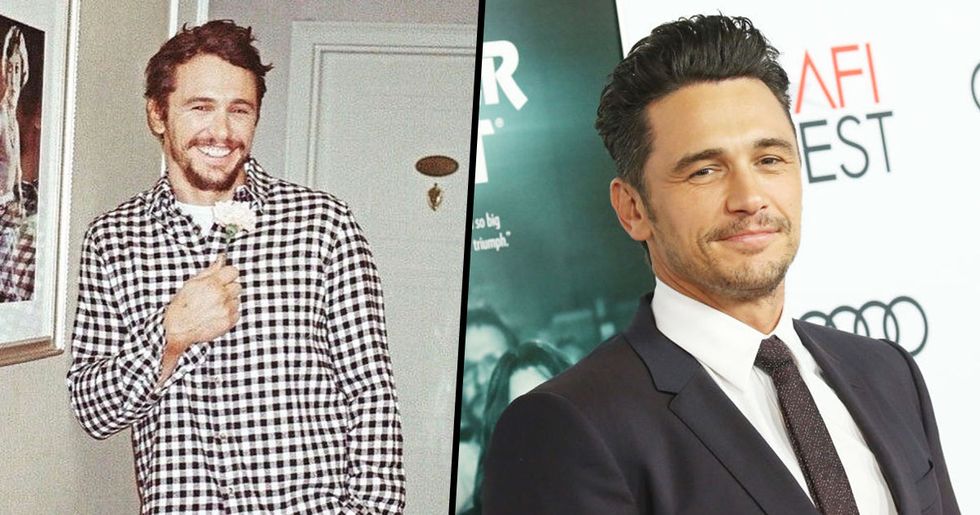 When world-renowned actor, James Franco, opened up his acting school in 2014, many hopeful young actors flocked there in hopes of developing their skills and bettering their careers, all while working with one of the best in the industry.

But what actually happened appears to be a far different story...

In a lawsuit filed on Thursday, 2 former students of the acting school say they were sexually exploited by Franco and his partners, and that it was merely a "scheme" to give the actor and his collaborators a "pool of young female performers that they could take advantage of."

Keep scrolling to learn more about the harrowing accusations.

The world-famous actor owned the school, which had branches in both Los Angeles and New York, with a business partner named Vince Jolivette.

They are now both defendants in a serious lawsuit.

2 women who attended the school hoping to fulfil their dreams of becoming an actor have come forward about the alleged "sexual exploitation" they were subjected to while in attendance of the school, at the hands of Franco and his partners.

Both students attended the Los Angeles branch of the Studio 4 school in 2014.

They each paid a monthly tuition fee of about $300. But, the women said the school also offered additional masterclasses, which could cost as much as $2,000 each, including a $750 master class tailored specifically for sex scenes.

The lawsuit, filed this week, states that those wanting to enroll in the sex scene class had to submit a video audition tape.

This was alledgedly so that Franco could later review the material they sent — and sign away their rights to these recordings.

The lawsuit claims the women were sexually exploited and fed false promises.

According to The New York Times, "the women say, Mr. Franco and his partners subjected them to sexually exploitative auditions and film shoots, all while promising them roles in movies that never materialized or were never released."

They say the now-defunct-program was merely a scheme for them to take advantage of the female students.

In the lawsuit filed in Los Angeles County Superior Court, the 2 former students, named Sarah Tither-Kaplan and Toni Gaal, say the program at the actor's school "was little more than a scheme to provide him and his male collaborators with a pool of young female performers that they could take advantage of."

During auditions and classes, the women claim they were encouraged to "push beyond their comfort zones."

All while being denied the protections of film-industry guidelines that govern how actors can be portrayed and treated in such scenes. The lawsuit also says the class took advantage of “often young and inexperienced females" who “were routinely pressured to engage in simulated sex acts that went far beyond the standards in the industry."

Ms. Gaal said she was ultimately denied a place on the master class after voicing concerns regarding how it was ran.

They went on to accuse the actor and his partners of engaging in "widespread inappropriate and sexually charged behavior..."

...and that he would then "dangle the opportunity for roles in their projects," which would more often than not, amount to nothing.

These actions, the lawsuit states, led to an "environment of harassment..."

Of which happened both in and out of the classroom.

The lawsuit seeks monetary damages and "the return or destruction of any video recordings..."

It also has "class-action status " meaning other women who may have similar experiences can come forward and join.

Franco's lawyer, Michael Plonsker, has denied the accusations and called the lawsuit “ill-informed."

“James will not only fully defend himself, but will also seek damages from the plaintiffs and their attorneys for filing this scurrilous publicity-seeking lawsuit," he said.

But, the actor has previously faced questions regarding his conduct and treatment of women both in and out of work.

In 2014, messages that he had exchanged over Instagram with a seventeen-year-old British girl were leaked online, in which he tried to convince her to meet in a hotel room. The actor later acknowledged that he had tried to pick up the girl.

And last year, a report was published detailing his pattern of "inappropriate and abusive sexual behavior."

The Los Angeles Times published a report that saw several women, including Tither-Kaplan, shed light on what they said was the actor's pattern of inappropriate and abusive sexual behavior. That same year, the actor faced criticism for donning the Time's Up badge at an awards ceremony

Franco has always contended that the claims made against him are false.

In other appearances at awards shows and on talk shows, Mr. Franco said that he supported the rights of women and movements such as Me Too.