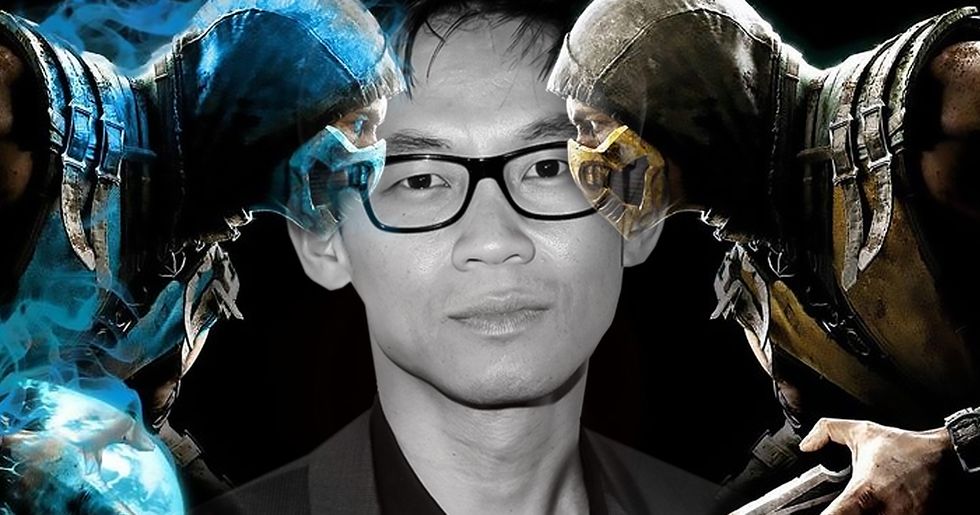 Fatality. A lot of fans of the video game series Mortal Kombat probably thought this would never happen. But it's real! After the poorly reviewed but financially successful 90s films, Mortal Kombat is finally getting the reboot it deserves. Today it was made official by filmmaker James Wan (Furious 7, Aquaman) who spoke enthusiastically about the project that will make its way to Australia later this year.

Wan will produce the film for New Line Cinema, with commercial director Simon McQuoid tapped to direct. This will be Simon McQuoid's first film so you can bet Wan will be heavily involved to make sure the project stays on course.

While we don't have a firm release date for the film, you can guess based on where it is in production that we probably won't see it until Summer 2020 at the earliest. Which gives us just enough time for another seven Mortal Kombat games to come out.

So what do we know about the film so far?

Who's in it? What's it about? How can I audition? So many questions!

Well, the simple answer is, not much.

All we really have at this point is a producer, a director, and like way too many rumors.

Rumors about this movie have been swirling for years, and with James Wan coming aboard, it's finally actually happening.

For those unfamiliar with James Wan...

...he got his start after directing the incredible-at-the-time Saw.

Those movies went downhill fast, but Wan's work never did.

His work on those movies pretty much stopped after the first movie, despite his Executive Producer credit that's pretty customary.

Instead, he followed up Saw with some of the best horror movies of the decade.

Two Conjuring movies and two Insidious movies helped bring some respect back to the horror genre.

So thanks, James. We appreciate you.

You're absolutely right, past me. Horror movies don't have kicks and punches.

Unless you count all the horror movies where people are trying to escape from a captor. But we'll just ignore those. What action has James Wan done?

So he got tapped for some pretty big movies after his horror successes. And now he's been tasked to oversee one of the coolest video game movie adaptations in recent memory.

But you were pretty meh.

Okay, so we know about this producer guy. Who's going to be in it?

Well, casting hasn't been finalized, but there are rumors.

If this movie can land someone like Edgerton, it's bound to be at least descent, right?

Here's what James Wan had to say about the project.

"I'm really happy and excited to be bringing another show back to Australia with 'Mortal Kombat,' especially after having such a great experience filming Aquaman."

So it looks like he'll be on set making things happen!

And that can only be a good thing for Mortal Kombat fans.

Here's what they have to say about the new movie.

Most fans are just plain excited it's happening.

But the news is way hotter than anything else you'll read today.

This takes "put me in coach" to an entirely new level.

Don't get me wrong, we all have our guilty pleasures. But the first Mortal Kombat movie is not one of them.

See what I mean about that movie being kind of bad?

Maybe we should throw him in the movie. I'm sure he could hold his own.

This person has some groundbreaking ideas.

I didn't know I needed a new Clue movie until right this moment. Give the people what they want.

And the movie shooting in Australia makes total sense.

At this point, I'm not sure Australia even exists. The giant snakes and spiders have taken them all.

Please don't water down this movie.

Mortal Kombat is known for its brutality. A PG-13 movie would be sacrilege.

Some fans are mixed.

I get the hesitation! The last movies weren't great. But at least we should give this movie a shot.

Can we get a bunch of people speaking with Australian accents? I feel like that would be kind of hilarious.

You don't really need to see this tweet. The GIF was just too good to pass up.

This baby is going places. I'm sure of it.

Some people think James Wan should just direct it himself.

Fair enough. I would probably prefer that too, but this is the next best thing!

No one wants that. But striking a balance between the silliness of the first movies and, you know, something actually fun would be nice. Have I mentioned I didn't like those other films?

Are you going to run out and see this movie when it comes out? Or is this one of those "wait for reviews" kind of movies? I know I'll be there opening weekend!