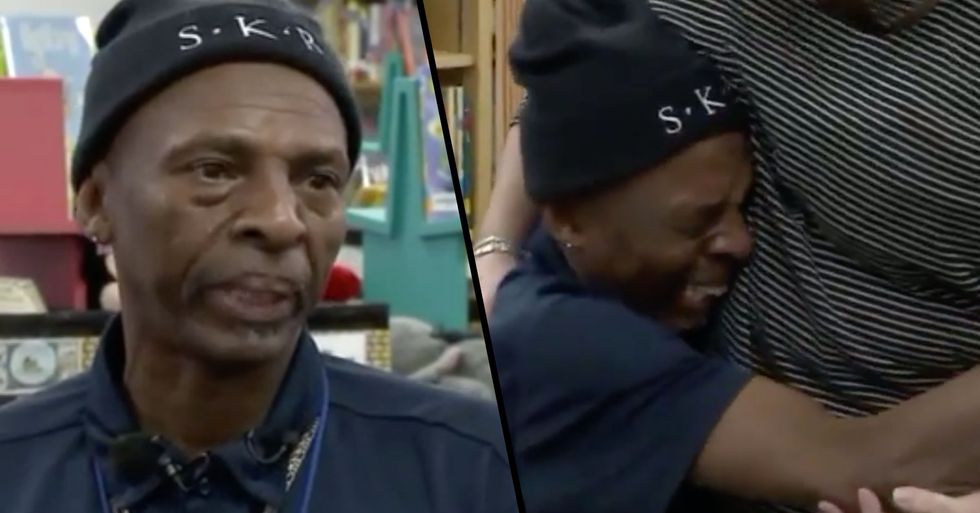 Janitor Who Walks Miles to Work Drops to His Knees When Coworkers Raise $7,000 for His New Car

Everyone remembers the janitors at school, they're responsible for the security, safety, maintenance, and repair of the school.

One hardworking janitor has received the most heartwarming surprise after coworkers find out he walks miles to work every day.

Although he has only been there a short time.

He's already well known to the students and teachers.

He even seeks out extra work after he has finished with his daily duties.

He always has a smile on his face.

He never complains and always wants to help people. Scroll to the end to watch the heartwarming video...

Everyone at the school agrees.

Saying that: “Mr. Robert adds a little sunshine to our school."

But there's something people didn't know...

Robert didn't have a car.

Robert had a hard route to work.

He had to take 3 buses, then walk another 2 miles to get to the school on time.

He had to do that again after his shift too!

It didn't stop him.

He still turned up to school everyday with a smile.

Sometimes his coworkers offer him lifts to the bus stop.

They have even given him money for lunch.

Robert was planning to set up a yard business on the side of his janitor work.

But without a truck, he had no chance.

His coworkers had a plan.

They decided to take their kindness one step further.

Robert was definitely worth it.

This was one incredible surprise.

The staff and parents at the school decided to come together and raise some money.

Robert was so shocked!

He drops to his knees when he finds out what they'd done.

Watch the video below...

What an amazing community. Robert deserves every bit of praise!