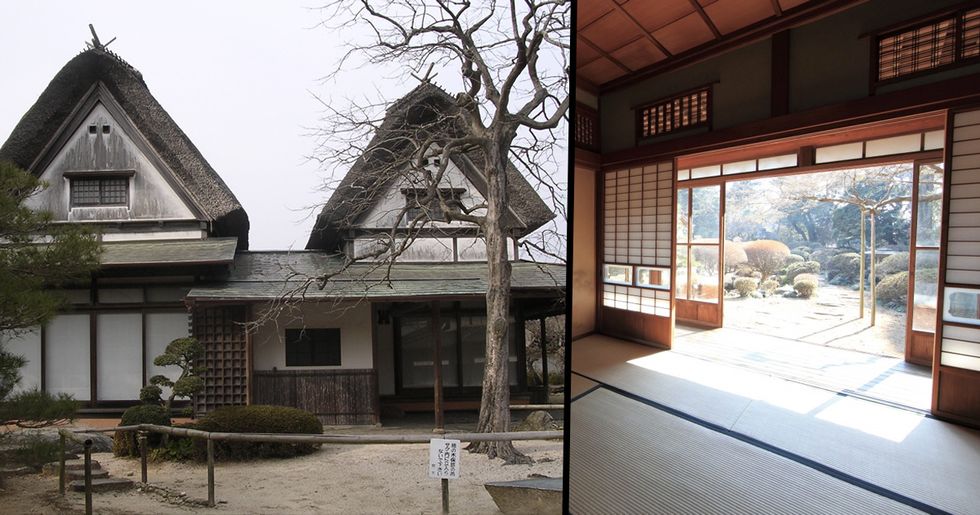 Japan Is Giving Away Thousands of Abandoned Houses for Free

The idea of a getting a free house is crazy, right? Well, in Japan, that idea is slowly becoming reality. Japan's government is giving abandoned homes away. It's a buyer's market right now– the only problem is that nobody is buying.

To be fair, not every home is free, but even the houses that cost money are still way cheaper than what you'd expect. So keep scrolling, and read up on Japan's new house-gifting policies. Who knows; you might find a good deal yourself! If owning property in Japan is a life goal of yours, it just became a whole lot easier.

Wondering if you read that right?

It’s true. Thousands of houses in Japan are being sold off for a cheap price— some are even free.

Over eight million vacant houses are scattered across the country, and now they need to be occupied.

The houses are completely abandoned.

That name is quite on the nose.

Many of the houses are still in relatively good condition.

And they’re being sold off for next to nothing. On one particular database, no house is selling for more than 30 million yen (which is about $265,00 in the United States currency).

Some houses have a different listing.

Instead of a price tag, they’re listed under “gratis transfer," with an actual price of zero yen.

Which is pretty amazing, as for as potential home ownership goes.

Yeah, you’d still have taxes to pay, and agent commission fees, but otherwise it's a free house!

So, what’s all the fuss about?

This whole thing is a scheme from the government, an attempt to solve Japan’s housing crisis. The above-mentioned eight million abandoned houses were first reported in 2013.

Many of the derelict homes are located in regional areas, or around the outskirts of major cities, according to The Japan Times.

More houses will stand empty in the future.

The Fujitsu Research Institute projected that the number of abandoned homes will increase to more than 20 million by 2033—which adds up to nearly a third of homes in the nation!

There are a few causes of this housing crisis.

Japan’s Akiya problem is due in part to its rapidly aging population; there are more elderly than young prospective homeowners.

Japan has a TON of elderly citizens.

Every country has its elderly populace, but Japan has one of the highest. As of September 2017, Japan had 67,824 centenarian citizens—people over 100 years old!

Altogether, people over the age of 65 make up Japan’s biggest demographic. Of the country’s 127.11 million people, a whopping 26.7% are senior citizens.

The houses are abandoned as owners age.

Once elderly citizens pass away or move to a retirement home, the house is left empty.

Ordinarily, the deserted house would be put on the market, right? But in Japan’s case, there aren’t enough young people to occupy the houses being deserted.

See, we’re all the same across the board. Young people in Japan are taking longer to have families—therefore eliminating the pressing need for a house.

Another roadblock in filling abandoned houses is, believe it or not, superstition.

People are afraid of moving into a house with bad luck.

Houses that have seen, or been associated with, tragedies such as suicide, murder, or other “lonely deaths" are bad luck in Japanese culture.

And Japan is seeing an increase in lonely deaths.

That large elderly population we talked about does not have enough young people to care for them. The result is elderly citizens living in complete isolation, and if they pass away at home, it is sadly a lonely death.

There are some severe cases of this.

Some neighbors have made pacts with each other, to look out for signs that they’ve died. Otherwise, as tragically can happen to those with nobody checking on them, the home becomes a tomb.

So those houses are, understandably, harder to sell.

Many of those houses are slowly falling into disrepair across the country, and fueling the housing crisis because no one wants to live in them.

Keeping track of ‘bad’ homes has never been easier.

In this day and age, it’s really easy for people to do a bit of research and find out if anything unsavory has ever happened in a home or area. There’s even a site called Oshimaland that lists properties to avoid.

Numerous homeowners are having no other choice but to give the houses away for free because they won’t sell.

The government is really trying to turn it around.

As in, in some cases the government is even offering subsidies to people who will take on old properties and renovate them.

Some homes come with strings.

In other cases, those homes cannot be obtained for free until you rent them out for a certain number of years.

Supply and demand are not working in harmony.

It’s not smooth sailing from here.

The general consensus over Japan’s akiya problem is that it’ll get worse before it gets better.

Maybe that’s where people from other countries come in.

After all, if you’ve ever dreamed of living in Japan, there’s no better time to make that dream a reality!

Plus, it’s gotten easier to do.

In 2017, Japan loosened requirements for skilled immigrants to become permanent residents. If you’ve got multiple degrees and a high salary, so much the better!

Look, we’re not saying you need to move to Japan. But if you did want to, it might just be a lot less painful than buying a house elsewhere. What do you think of this story? Share it with friends!