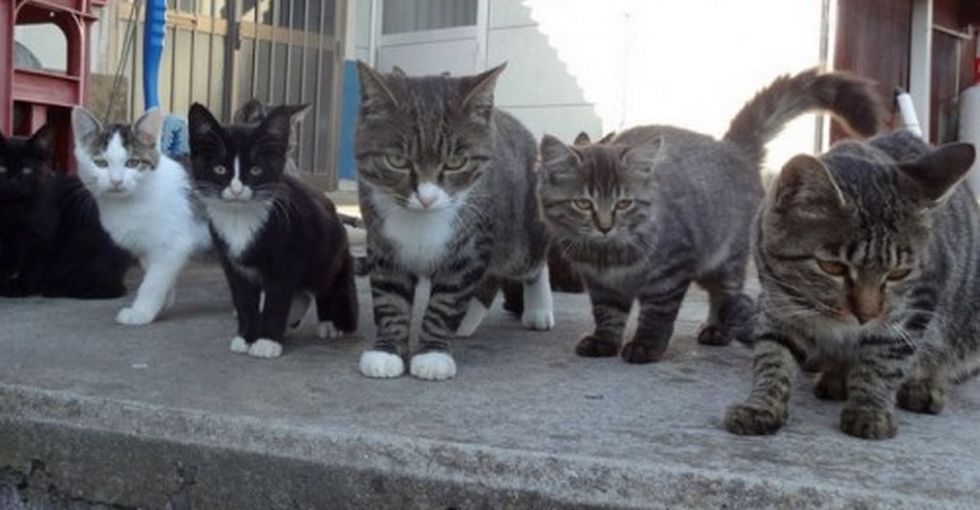 Japan Has Two Islands That Are Overrun by Domestic Cats

Off the eastern coast of Japan lies the tiny island of Tashirojima. In the 50's it had over 1,000 residents many of whom kept cats to manage the mouse population.

Now the human population has decreased to about a hundred, mostly over 70 years old. As you can imagine, the cat population has not followed that same trend...

It is an island ruled by cats...

It's been this way now for long enough that there is a culture developed around the animals with rules like No dogs allowed. There is even a cat shrine and a few cat-shaped buildings.

And to top it all off, vets visit the island to make sure the animals remain healthy.

But recently, to the south, another island has joined the ultra-elite club of "cat islands."

Aoshima has about 15 human residents — again, like on the other cat island, almost all old and dying out. Not the cats, though. They're fertile as ever and continue to make the island their home, despite not having had owners for generations.

Recently, thanks to these pictures posted by Twitter user Kolmetoista, the island has gained in notoriety and is drawing a bit of tourism (much to the surprise of the one guy who drives the ferry between the island and the mainland).

Perhaps before they become completely feral, these felines can make use of their fame and get themselves some rule of law and free healthcare like their friends up north.