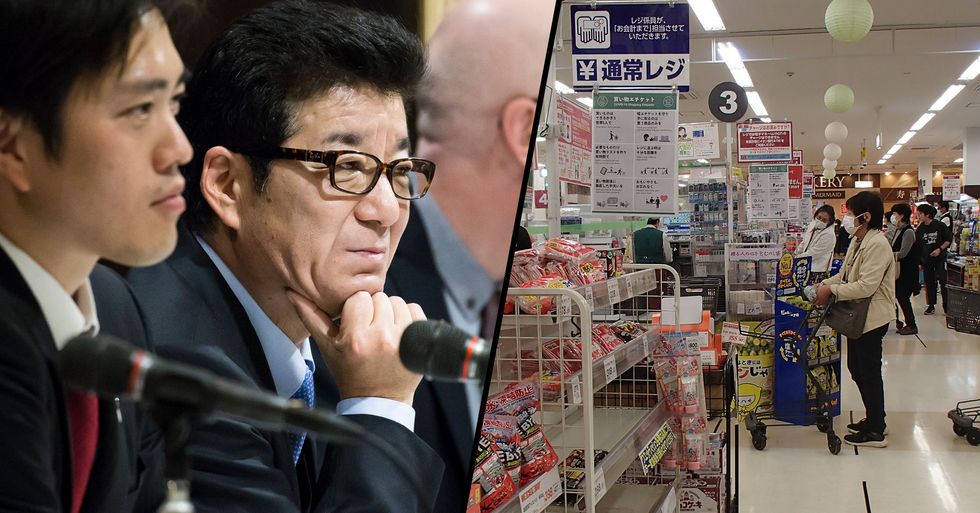 We all know the stereotype that women love to shop. Women are often predicted on TV and in movies as loving to spend all day browsing in shops, and spending money.

But one Japanese Mayor has taken this stereotype quite literally after he said that men should do the grocery shopping as women take too long.

Keep reading to find out more...

Everyone likes to do a bit of shopping sometimes.

Especially, if it's to treat yourself.

And with the convenience of online shopping, its a lot easier now.

Especially for people who don't like how busy the shops can get.

Despite living in the modern world.

People often still think of the stereotype that it's only women who love to shop.

That they could do it all day.

In fact, they could "shop until they drop."

But actually it's not just something for women.

It's something for any gender to enjoy.

Until one Japanese Mayor had his say.

The mayor of Osaka has come under fire for his controversial idea to help curb the current pandemic.

He proclaimed his idea that women take to long when shopping so men should go instead.

At the time of writing, there are 1,500 coronavirus cases in Osaka and surrounding areas.

Which makes it the second hardest-hit after Tokyo.

As a result of the pandemic, Japan's government has declared a nationwide state of emergency.

Lasting until at least May 6th.

This is a bid to help the slow spread of the virus...

..In the hope of stopping it getting worse, and resulting in more deaths.

Like many others, the Mayor of Osaka, Ichiro Matsui, has spoken out in regards to the virus.

And he is appealing for people to take steps to reduce the risk of the virus.

But during his appeal, his words on women's shopping behaviors have caused offence.

Matsui was asked by a reporter about possibly reducing shoppers' entry to supermarkets.

Matsui said, "When a woman goes... it will take time."

He then told the male reporter, "If it was you, if you were told to get this or that, then you would go directly... and go home."

"It's also fine for men to go shopping while avoiding contact."

The mayor also added that married couples should avoid going shopping with each other.

His comments on how he perceived women to shop caused quite a stir.

"Japan is a country where these words come calmly out of a mayor's mouth. Deplorable."

"The mayor of Osaka sounds like they’ve never done shopping on their own along with any effort."

Another thought that the idea was ridiculous as they said:

"It's embarrassing because the mayor of Osaka is stupid."

Matsui, on Thursday. also said people should limit how often the go to the supermarket to shop.

With the suggestion that people born in months with an even number should only go on even dates, and those with uneven numbered months should go on uneven dates.

Do you think you or your partner would be quicker? Trump has recently had his own say about avoiding the virus. But the consequences have been dire. Scroll on to find out more...