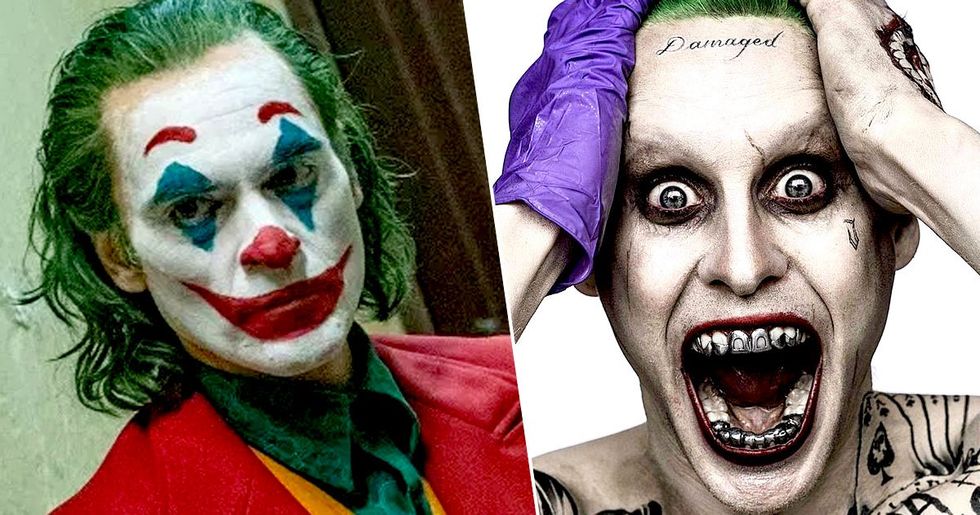 It's only been a matter of weeks since the Joker movie hit screens, and it's been soaking up controversy since.

But there's no doubt it's been a box office success - and has even snuck its way into the top 10 films of all time according to IMDb. However, there's one person who definitely isn't a fan, and that's Jared Leto.

The star played the Joker in Suicide Squad and has said he's been left feeling "alienated and upset" by its release. Now it has emerged that the actor and musician reportedly tried to stop Warner Bros. from making the movie at all.

Keep scrolling to find out why Leto is far from impressed with the new release.

But there's one actor who couldn't disagree more...

Jared Leto has come out and said that he is "upset" following the release of Joker.

The star portrayed the Joker in 2016's Suicide Squad.

But the movie was a box office disappointment and wasn't received well by fans or critics.

So, unsurprisingly, he's come out and expressed his disappointment at Warner Bros for not wanting to pursue more movies with him.

According to The Hollywood Reporter, he's been left feeling "alienated and upset" after the Hollywood studio opted to create a new Joker movie instead of continuing with the Suicide Squad franchise or stand-alone movies that star his portrayal of the criminal mastermind.

A Suicide Squad 2 movie has been confirmed...

But Leto hasn't been included. The worst part? Though it was hinted at that his character might have died in a helicopter crash during the first film, the movie's director revealed that he actually managed to escape. So, there was definitely a way to incorporate him into the sequel.

So, it seems Leto has a serious case of FOMO.

And you can hardly blame him...we'd be feeling a little left out too.

Now it has emerged that Leto 'tried to stop' the film.

According to The Hollywood Reporter, Leto was absolutely livid when Warner Bros. gave the green light on Todd Phillips’ take on the Batman villain because he was convinced he was getting his own stand-alone Joker movie.

Leto complained about the movie.

Leto, again allegedly, complained to his agents at CAA, who also represent Phillips, and asked his music manager Irving Azoff to contact the Warner Bros. parent company in an effort to get the film canceled. It is also alleged, Leto claimed he wasn’t being treated like an Oscar-winning actor.

Leto went to great lengths for his Joker.

Taking up method acting, Leto terrified other members of the cast with peculiar gifts such as a live rat for Margot Robbie, bullets to Will Smith and a dead pig to the entire cast during rehearsal. But despite his dedication, it is thought that the director wasn't pleased with his eventual performance.

It seems like this is the end of Leto's Joker.

As one source told The Hollywood Reporter:

How do you play the Joker you established following [Phoenix]? It kind of ends his Joker run.

And yeah, it seems pretty true. It's hardly likely Leto will resume the role for Warner’s upcoming DC films Birds of Prey, a spinoff centered around Harley Quinn, or in James Gunn’s The Suicide Squad. Because... Well, The Joker is now all about Joaquin Phoenix.