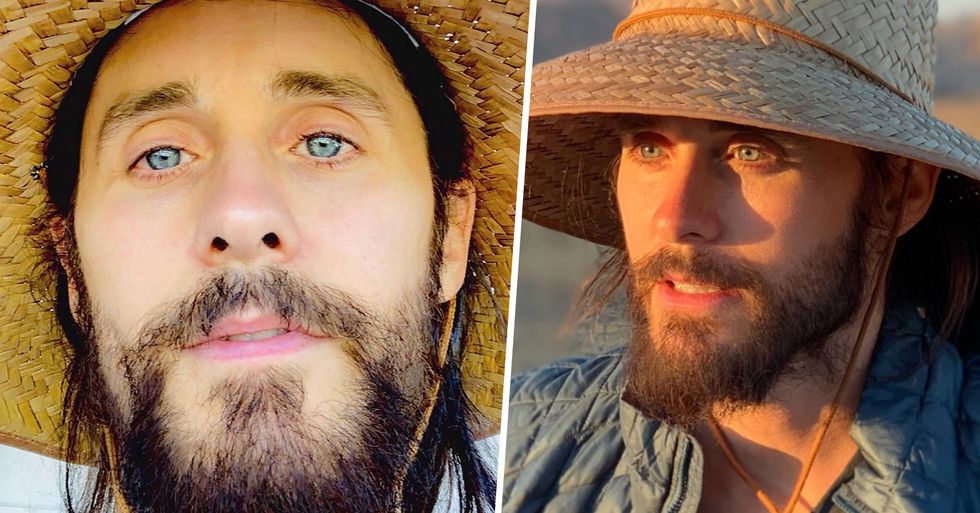 With the coronavirus pandemic dominating all our newspapers and headlines, it'd be pretty difficult to have not heard about the deadly virus that has been sweeping across our globe.

But, there is seemingly one person who somehow missed this memo - Jared Leto emerged from a retreat a little confused by the current state of the world, as he had apparently not heard a single thing about the ongoing pandemic.

Keep scrolling for the full story, and to see his befuddled reaction for yourself...

183,738, to be precise. And, devastatingly, a staggering 7,180 more have been reported to have died from the illness.

The coronavirus has obviously been the main thing to dominate our headlines this past month.

The face of coronavirus looms, in our newspapers, in our televisions, and in our radios.

It'd be pretty difficult to have not heard about the pandemic. Even if you are avoiding the news, you're bound to have heard from word of mouth about any COVID-19 updates.

Well, there is apparently one person who has somehow managed to miss all of the pandemic's news and updates...

And it's all thanks to an isolated, twelve-day retreat.

Jared Leto recently returned from his twelve-day meditative retreat in the middle of the desert...

The actor and musician had absolutely no contact with anyone else and remained fully isolated the entire time. How very Jared Leto.

But, while he was away, finding himself through meditation and isolation...

So he reemerged from his retreat a little confused, to say the least.

Taking to Twitter, he wrote: "Wow. 12 days ago I began a silent meditation in the desert. We were totally isolated. No phone, no communication, etc. We had no idea what was happening outside the facility."

He is now hastily catching up on what has been going on.

That might take a while, Jared. He continued: "Walked out yesterday into a very different world. One that’s been changed forever. Mind blowing - to say the least. I’m getting messages from friends and family all around the globe and catching up on what’s going on."

He sends his love to everyone affected.

And urged people to stay indoors and to stay safe. The coronavirus pandemic has completely changed and altered the world as we know it, and has brought many things to a standstill - The world of Hollywood included. Keep scrolling to hear which movies and TV shows have been delayed because of the virus outbreak...