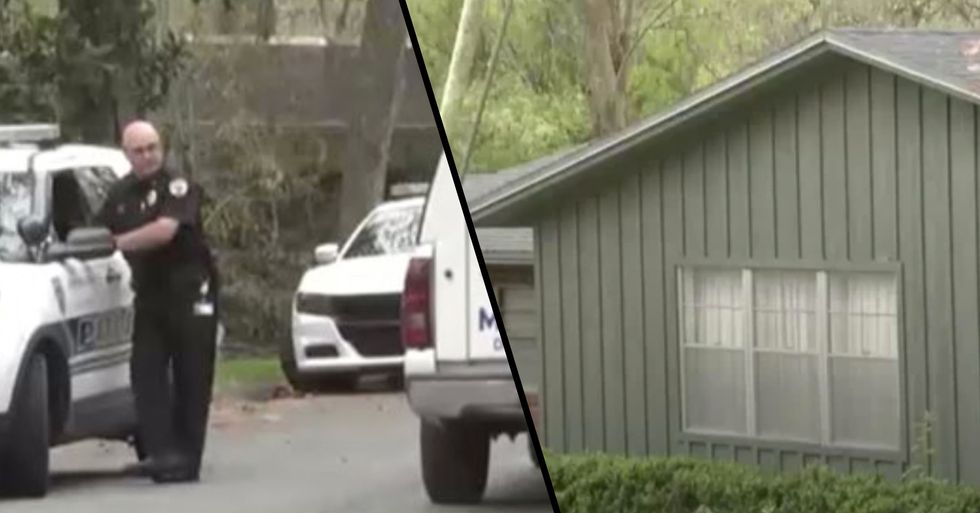 A routine house inspection led to a rather grizzly discovery in a Flordia home this week - A jar of fully preserved human tongues.

Most of the world has been, quite rightly, repulsed by the story, but others have found a more humorous side to the discovery.

You never know what you're going to stumble upon while inspecting an old house.

Some properties carry with them a little more than just happy family memories...

While most houses simply contain dusty furniture, old photo albums, and a shed load of cobwebs...

Others contain some rather more sinister items.

Sadly, some home inspectors discovered this the hard way.

Inspectors were performing a routine house inspection in a property located off NW 16th Avenue in Gainesville’s Briarwood neighborhood, Florida when they stumbled across something rather sickening.

The gruesome discovery was swiftly reported to the police...

Who went on to discover around 7-8 jars, some dating back to the 1960s, containing the body parts, all of which were soaking in the preservative formaldehyde, ABC 20 reports.

This is some serious psychopathic murderer kind of stuff, right?

Well, it may not be as sinister as it initially seemed.

The previous owner of the house is Dr. Ronald A. Baughman, who was previously a professor and researcher at the University of Flordia.

And here's the plot twist...

According to the University of Florida’s College of Dentistry, Baughman was an assistant professor of oral medicine back in 1971.

And conducted research on cankers sores, oral cancer, and other related oral issues “while affiliated with the University of Florida and other places," according to Research Gate.

And now, Baughman himself has spoken out regarding the issue.

Speaking to ABC 20, the retired professor confirmed that the tongues were, in fact, used for research. He claims that he had obtained the body parts during his research back in the ’60s and ’70s, and brought the specimens with him when he came to Florida to work at the university.

And, apparently, he had simply forgotten about them after moving out of the property.

A jar loaded with tongues is something you think you'd remember to pack in your suitcase, isn't it?

Though the investigation is still ongoing...

The police reportedly don't suspect any criminal activity regarding the grizzly jars.

And, thankfully, most people found the funny side of the whole thing...

Some people just couldn't resist cracking the obvious joke of the hour...

Okay, this one made me chuckle a tiny bit.

And it didn't take long for the cat jokes to come out...

But, sadly, not all of these discoveries turn out to be so innocent.

A medical center came under fire last year for hoarding buckets of human body parts... And they weren't only for research. Keep scrolling for the full and disturbing story...