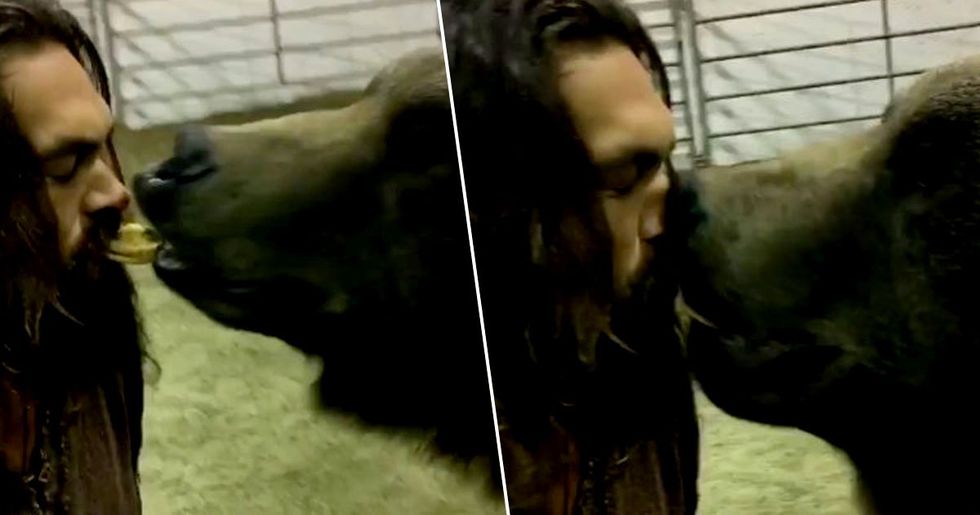 Now he's a verified superstar - with an icon for a wife and an enviable career. It's no wonder why he can't help but make an impact wherever he goes. A few nights ago there was another prime example of that on SNL when he decided to make a surprise appearance that almost brought the entire house down. I'm telling you, people adore him!

However now, the crowd would appear to be turning on Momoa, as he has just been accused of animal cruelty following a stunt on his TV show. Scroll down to learn more.

And many don't know that, before he started as an actor, Momoa actually studied both marine biology and wildlife biology - proving that he's more than just a pretty face.

The two, seemingly opposite characters, developed real feelings for each other and their relationship became one of the cutest and most genuine love stories in the show.

Many were surprised that the film did this well, because, in the comics, Aquaman is often considered to be a bit of a joke. People were also thrilled to see a superhero played by a person of color.

However it's not all good for Momoa.

You could be confused into thinking there is nothing on earth better than being Jason Momoa. However for possibly the first time in his career, Jason Momoa has been called out.

He's been accused of animal cruelty.

Momoa has been accused of animal cruelty after he fed a 900-pound grizzly bear an Oreo cookie while filming for his new Apple TV+ series.

The actor fights the bear in one scene.

Momoa, who apparently fights the 900-pound Kodiak brown bear in one episode, shared a video of himself to Instagram letting the bear eat an Oreo cookie from his mouth. However, for this, he has been accused of animal cruelty with many demanding the bear be released to its natural habitat.

Check out the video below:

He captioned the video:

The things we do for our ART. SEE Is out. Please watch on Apple TV +. The bear needs to know your scent. So here's my cookie kisses big guy. Love you tag Aloha Baba Voss.

But his followers weren't feeling the love with one writing:

Man, that bear should be in its natural environment. Disappointed, shouldn’t be using live animals.

Many other's were super annoyed with him too.

Please educate yourself. Having wildlife in cages is not cute, it’s ignorant and abusive… not cool! The poor bear…

So far Momoa hasn't responded to the backlash.