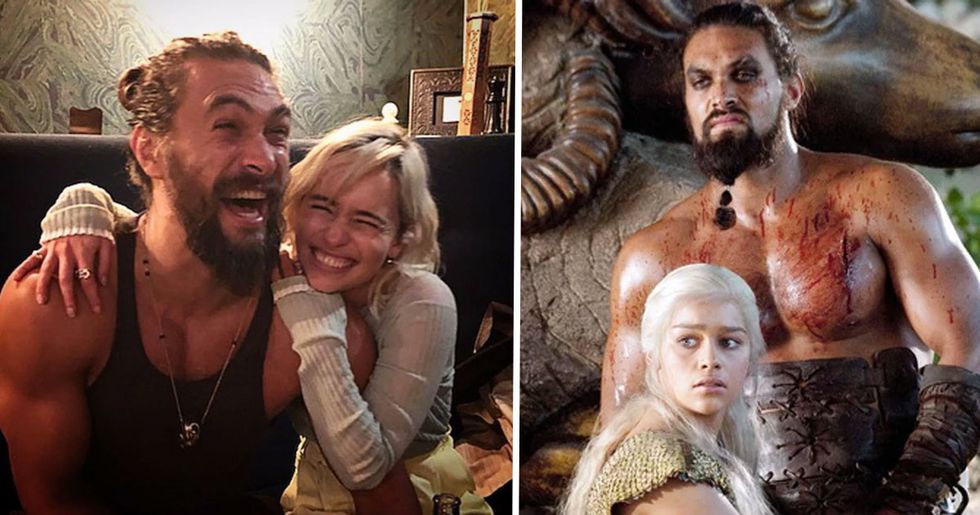 The Academy Awards show is less than 2 weeks away and it seems to be falling apart.

We've got really great nominees this year, including A Star Is Born and Bohemian Rhapsody. We'll also see a number of stars that had an incredible year in 2018. Jason Momoa will be there, as will Emilia Clarke from Game of Thrones.

But other than that this year's Oscars are clouded by controversy. It all began in August when the Academy announced it would not show 4 of its awards being handed out on TV.

Now that these categories have been revealed, people, both nominees and watchers, are furious.

The Academy says they're doing so for the fans. Cutting out 4 categories would mean shorter length of the show and better experience for international watchers.

But some Twitter users have noticed something about the nominees that might prove the decision is all about the money.

With the Oscars coming up so soon, more details have just been released.

We now know everything from the hit songs that will be preformed at the event to which nominations we won’t get to see on TV.

According to Daily Mail, it will be the Los Angeles Philharmonic and conductor Gustavo Dudamel performing during the "In Memoriam" segment of the show.

Lady Gaga and Bradley Cooper will once again perform "Shallow" together, from A Star Is Born.

A secret special guest will perform "The Place Where Lost Things Go" from the movie Mary Poppins Returns.

We'll see Gillian Welch and David Rawlings perform "When A Cowboy Trades His Spurs For Wings" from The Ballad Of Buster Scruggs.

And of course, Kendrick Lamar and SZA will be there to perform "All The Stars" from Black Panther.

The Oscars 2019 will be held at Los Angeles' Dolby Theatre on Sunday, February 24.

As for the nominees, this year we’ve got some serious competition going on.

For an award in the "Best Picture" category the nominees include Black Panther, BlackkKlansman, Bohemian Rhapsody (obviously), The Favourite, Green Book, Roma, A Star Is Born (of course), and Vice.

On Monday The Academy also announced the second round of presenters of the event.

But they also revealed a really surprising and very controversial decision regarding the twenty-four categories, Deadline reports.

Everyone's talking about the huge change.

It's the fact that the Academy is not going to show 4 of their awards being handed out to the winners. All because they want to keep the show under 3 hours long, Deadline says.

Instead, the Oscars will be handed out to these 4 winners during the commercial breaks. Deadline also says it was the Cinematographers branch that "led the way in arguing for this change by showing how it could be done."

The categories excluded for the TV program will be rotated each year.

Academy President John Bailey announced the shocking news in a letter to the Academy members.

Deadline says he even had a piece prepared as an example of what the new arrangement would look like.

After all, it seems Bailey managed to convince the board it was going to be a huge improvement "without losing any of the dignity of the presentation or downgrading it."

"Viewing patterns for the Academy Awards are changing quickly in our current multi-media world," Bailey wrote in the letter.

"Our show must also evolve to successfully continue promoting motion pictures to a worldwide audience."

"This has been our core mission since we were established 91 years ago - and it is the same today."

"While still honoring the achievements of all 24 awards on the Oscars," Bailey continued, "four categories [...] will be presented during commercial breaks, with their winning speeches aired later in the broadcast."

"And, with the help of our partners at ABC, we also will stream these four award presentations online for our global fans to enjoy, live, along with our audience."

"Fans will be able to watch on Oscar.com and on the Academy’s social channels."

"The live stream is a first for our show, and will help further awareness and promotion of these award categories," Bailey added.

"The executive committees of six branches generously opted-in to have their awards presented in this slightly edited time frame for this year’s show, and we selected four."

"In future years, four to six different categories may be selected for rotation, in collaboration with the show producers."

The Wrap says the decision was met with "outrage" from both Oscars watchers and past Oscars winners.

"If I may: I would not presume to suggest what categories to cut during the Oscars show but - Cinematography and Editing are at the very heart of our craft. "They are not inherited from a theatrical tradition or a literary tradition: they are cinema itself."

Emmanuel Lubezki, winner of 3 consecutive Oscars for Cinematography, also spoke about it on Instagram.

"Cinematography and editing are probably the ‘elementary particles,’ the primordial components of cinema. It’s an unfortunate decision."

One past nominee said, after hearing about Bailey's decision, "It’s outrageous. I am so pissed off."

With empathy for how complicated keeping the #Oscars to time must be for the producers, the decision to eliminate t… https://t.co/dUToj9nyLt
— Krista Vernoff (@Krista Vernoff)1549951665.0

Another one admitted it’s "infuriating," then jokingly added, "My mother is going to be so upset."

On Twitter, The Wrap reports, the hashtag #PresentAll24 has been spreading since August when the Academy first announced its plans to move some categories into the commercials.

I refused to argue against the silly popular film category and the poor decision go without a host, but shrugging o… https://t.co/RlR8iOFh8W
— Jimmy (@Jimmy)1549980310.0

Now that the 4 categories have been revealed, the use of the hashtag is trending.

People are furious because it's clearly all about the money, not the fans.

"His credits include Mishima: A Life in Four Chapters and Groundhog Day, and he writes a blog for the American Society of Cinematographers. This decision is insulting and wrong."

This is OUTRAGEOUS. We are a community. Each part needs the other. Editors, DPs, hair and makeup artists are cin… https://t.co/fNwgJuwovL
— Jennifer Beals (@Jennifer Beals)1549981764.0

"This is about ABC using the falling ratings for ALL awards shows as a way to tell AMPAS ‘You’re doing it wrong’ with the goal of turning the show into an infomercial for commercial Hollywood product, including its own, and AMPAS being too naive about TV to know it’s being played."

But the most shocking evidence comes from someone who noticed something really unfair about this years Oscars nominees.

They noticed that the 4 categories excluded from the program don't include any nominees from any Disney movies. Disney is the parent company of the Oscars broadcaster ABC. Shocking and unfair, I know.

Other #PresentAll24 hashtag users, The Wrap says, believed the decision "was more likely to alienate fans of the show" rather than attract new ones or improve its ratings.

On top of all of this, Daily Mail says, this year's Oscars won't even have a host since Kevin Hart has refused the role.

He did so because of the attack he received on social media, after being announced as the new presenter, about some insensitive comments he'd made years before (which he had already apologized for several times).

This will be the first time in almost thirty years that the Oscars will not have a host.