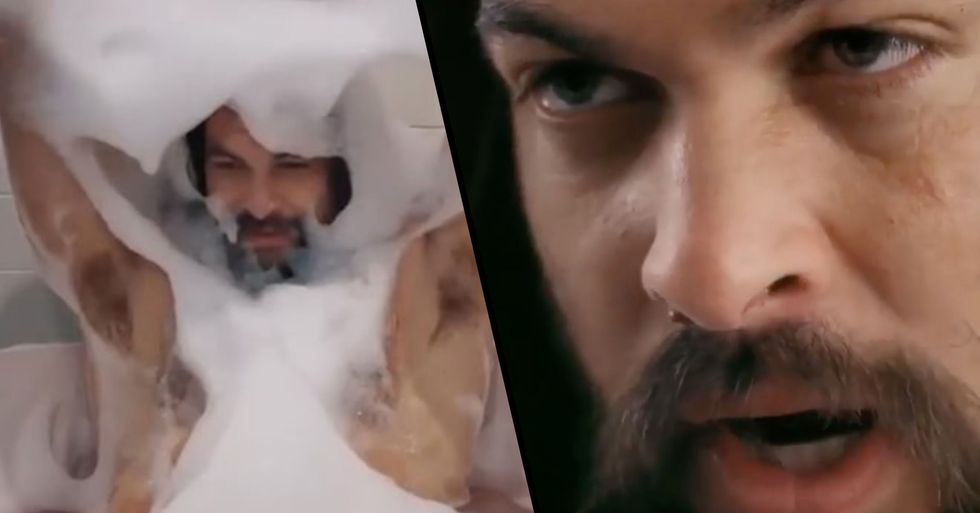 Now he's a verified superstar - with an icon for a wife and an enviable career. But his latest appearance in a Super Bowl commercial is unlike anything we've ever seen him in before ...

Because in an upcoming role for a Rocket Mortgage commercial for the Super Bowl, Momoa is getting real comfortable ...

The sixty-second ad is set to air in the first half of the game.

And after posting sneak-peeks all week, Momoa has finally blessed us with the full, uncut video ...

If this is the bar set for upcoming Super Bowl ads, we can safely say it's time to get excited! And for another Super Bowl ad that's got the whole internet talking, keep on scrolling!