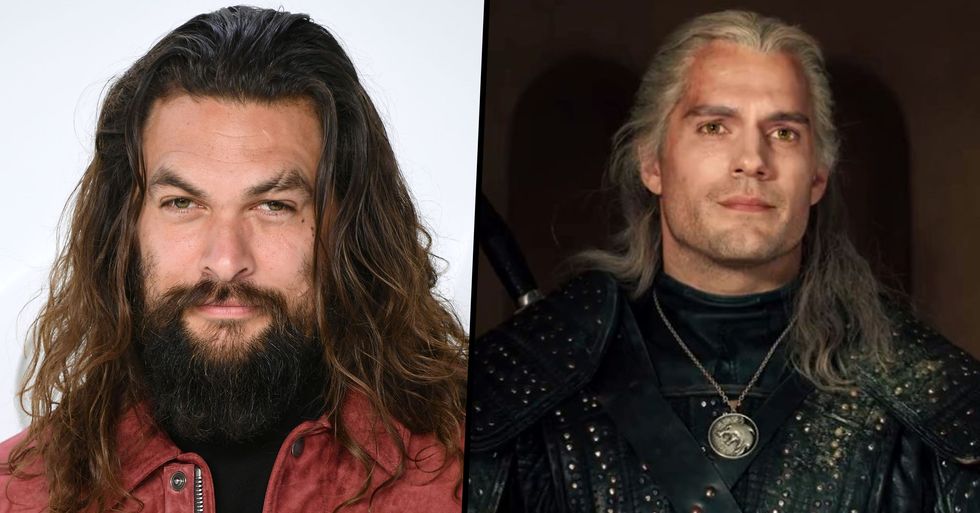 Jason Momoa Is Reportedly Being Considered for 'The Witcher' Prequel

The announcement of more to come, understandably, left fans excited.

But now, there's even more reason to get excited as we might be seeing Jason Momoa on our screens as part of the prequel.

A household name that is best known for his roles in Aquaman and Game of Thrones.

With an icon for a wife and a pretty successful career.

He's also not bad to look at.

Someone we wouldn't mind watching again.

So, if you feel like you need more Jason Momoa in your life...

Then this could be some good news.

We could be seeing him back on our screens sooner than we thought.

As is Momoa is reportedly being considered for a role in a Netflix upcoming series.

But there's one show that really got everyone talking- Netflix's fantasy offering.

The streaming giant's series, The Witcher, whipped up a lot of attention from fantasy fans when it was released late last year.

Amidst all the praise, the show also gained an impressive title.

The fantasy epic has well and truly risen in the ranks - rubbing shoulders with the likes 0f Stranger Things and Peaky Blinders.

That at the time of writing, the show has received a very respectable rating of 8.2 on IMDb.

It's safe to say the show went down a treat.

And it looks like we are in for a lot more.

There's been an exciting update that a prequel, called The Witcher: Blood Origin is on the way.

The prequel, which will be a 6 part live-action The Witcher spin-off series, was announced in July this year.

In the post that Netflix shared on Twitter, they disclosed that it would be set "1200 years before Geralt of Rivia, the worlds of monsters, men and elves merged into one, and the first Witcher came to be".

The show will come from Declan de Barra and The Witcher showrunner, Lauren S. Hissrich.

There's not much we know so far but as it is a prequel, we are unlikely to see many of the same cast from season one.

But there is one rumored cast member that is reportedly being considered which has us quite excited.

SuperheroEra reported from their sources that the star is being considered for a role.

The news is only reported, and not confirmed.

So make sure to take it with a pinch of salt.

But if it reveals itself to be true, this is very exciting.