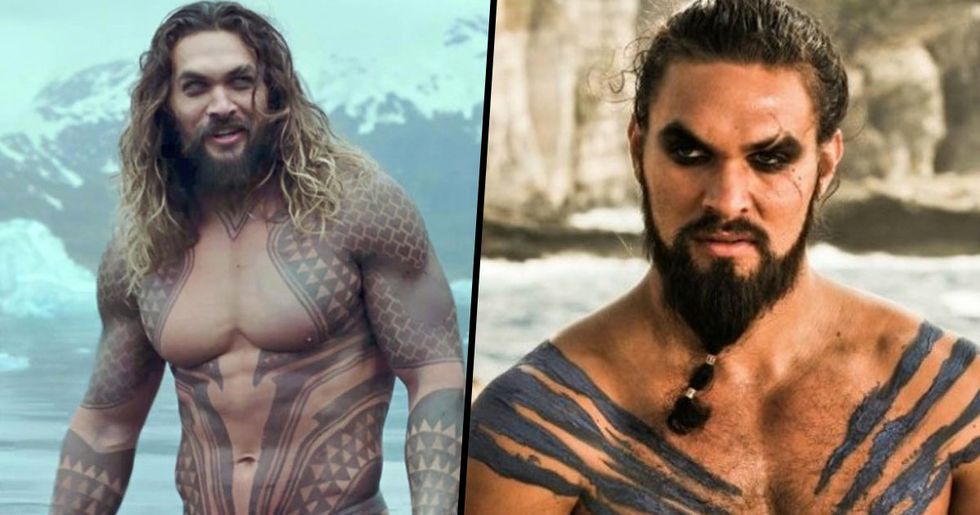 When you think of Jason Momoa, you probably think of him as a semi-untouchable, rich and famous Hollywood actor. But, as he shared on the internet this week, this wasn't always the case. In fact, prior to his breakthrough role as Khal Drogo on HBO classic, Game of Thrones, the actor had worked for many years in relative obscurity. And even after being cast in the show's very first season, it took Momoa a while to start to reap the benefits of life as a successful and famous actor as this shocking throwback shows!

Now better known for his starring roles in Aquaman and Justice League, it's clear that Momoa has come a long way from these humble beginnings - and the internet is loving his rags-to-riches tale.

But, for many of us, Jason Momoa is still Khal Drogo.

In spite of the fact that he was killed in the very first series of the eight-season long epic, he's still often thought of as one of the biggest characters in the show's history.

He was invited back to the premiere party for the show's eighth and final season, and this led some fans to speculate that he was returning to the show. Sadly, this wasn't meant to be.

But, still, we're pretty sure that Momoa doesn't have to worry about money.

As a star of one of the biggest shows to ever be on TV, as well as being the eponymous superhero of a movie that's grossed over a billion dollars, we have to guess that he's doing pretty well for himself.

But that wasn't always the case.

Momoa shared a throwback snap this week, depicting how vast his change in fortunes has actually been - and the internet is loving it.

In the image, Momoa is lying on a mattress in the back of a van.

He writes in the caption that after finishing filming Game of Thrones, he teamed up with a friend and "rented a panel van aka UHAUL in Belfast and drove around beautiful amazing IRELAND searching for the greatest pint of Guinness. Turns out it’s perfect everywhere."

It seems like Momoa has quite a passion for the Irish beverage.

Speaking of his Irish road trip, the actor said, "So many wonderful people and stories I treasure those times. It was the simplest moments I remember the most. I still miss my family."

But it was the reason for Momoa's impromptu trip that really surprised the internet.

The reason that he claims he decided to drive around Ireland, sleeping in a van? Well, it's quite simple: "While filming GOT we had a lil break. We were too broke to fly home."

This really shows how far Momoa has come.

It seems like Game of Thrones really did elevate the star's career, meaning he will likely never have to worry about paying for a flight again. But it's clear that Momoa still has a way to go, in his eyes, anyway. He writes, "Been a long road and I feel like I’m just getting started."

People are loving this throwback snap.

It currently has around eight hundred thousand likes on Instagram, plus tons of inspirational comments. Actor, Josh Brolin, writes, "Those desperate moments of past always, like coal to diamonds, turn with the precious present via hindsight."

Just when we thought we couldn't love Jason Momoa any more!

Not only does he play one of the most loved Game of Thrones characters of all time, but he loves Guiness and isn't afraid to sleep in a van. He's pretty much perfect!