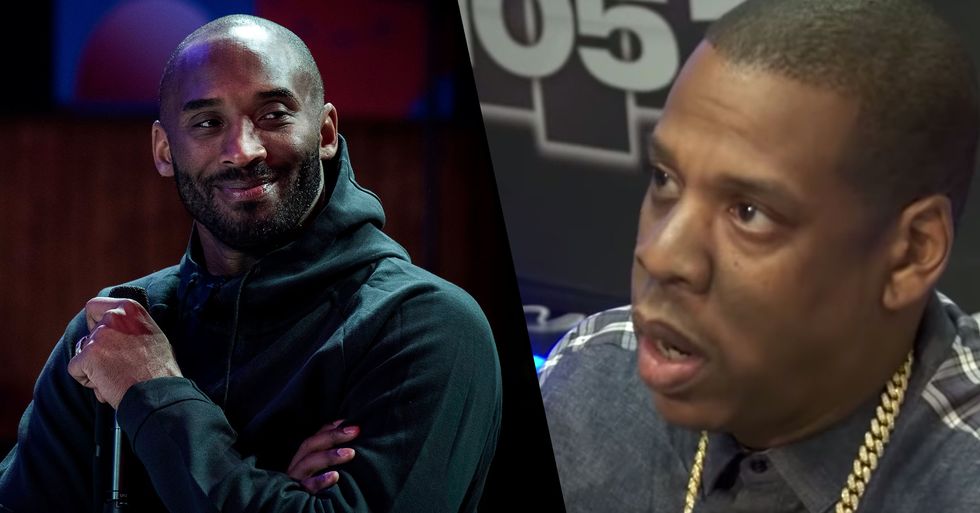 Celebrities have reached out to leave touching tributes for the star. With LeBron James even revealing a tribute tattoo in honor of the late star.

Jay-Z just revealed that he spoke Kobe Bryant only three weeks before he passed, as he attended his New Year's Eve party.

Keep scrolling to find out what he said.

And then LeBron gave an emotional speech.

And these celebs weren't the only ones affected.

Jay-Z has revealed that he saw Kobe only 3 weeks before the tragic incident.

Speaking at Columbia University in New York City on Tuesday, February 4 Jay-Z revealed more about the relationship between the two friends.

Whilst at the launch of his lecture series in the Department of African American and African Diaspora Studies he said, “Kobe was a guy that looked up to me, and we’ve hung out multiple times,"

He added, “He was last at my house on New Year’s, and he was just in the greatest space that I’ve seen him in."

A heartbreaking last thought to have.

Jay-Z then went on to share the his last conversation with Bryant.

Tragically he revealed that they were speaking about Bryant's 13-year-old daughter who was also involved in the crash.

He said, “And that was one of the most hurtful things cause he was so proud. And the look on his face was like — I looked at him and said, ‘Oh, she’s going to be the best female basketball player in the world.’ He was just so proud … So that’s really a tough one."

A heartwarming last memory to remember.

Death is hard to cope with for anyone, especially when dealing with it in the public eye.

Despite Jay-Z not wanting to add much more, he did speak of the struggle to come to terms with it.

He said, “My wife and I took [their deaths] … really tough. That’s all I’ll say on that. Just a great human being and [he] was in a great space in his life."

Kobe put into everything in life.

Basketball, marriage, fatherhood. And that's why the world is mourning.

R.I.P. to all the victims of the crash.

Many have been leaving tributes for both Kobe and his daughter. Keep scrolling to see how others are celebrating the lives of the stars.
20%