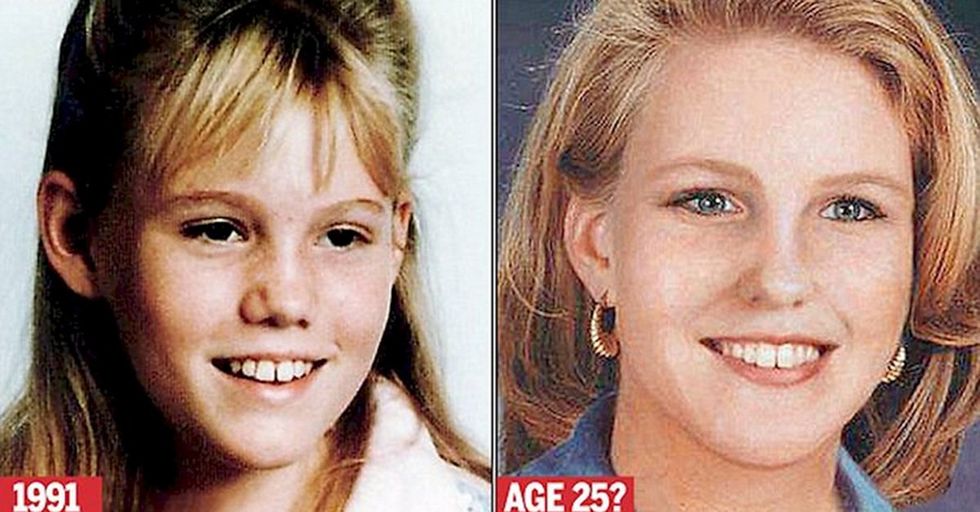 When she was just 11 years old, Jaycee Lee Dugard was abducted near Lake Tahoe, California.

While she was walking to her school bus stop, Phillip Garrido shocked her with a stun gun and took her back to his cabin.

For 18 years, she was held by Phillip and his wife Nancy.

Search efforts proved fruitless, but after years of suffering, she found her way free. See how she did it and what she looks like now.

Here's the photo of her that made national news when she was reported missing.

This appeared on news broadcasts throughout the US.

Here are her captors, Phillip and Nancy Garrido.

Phillip was a drug addict and had a dark history of sexual deviancy. As you can tell from this pic, things didn't work out too well for them.

Here's an aerial view of the home.

The diagram shows the shed which housed not just Jaycee, but also her daughters (that she unwillingly had with Garrido) as well.

They were allowed outside, and utilized a swing set on the house's property.

The children were also kept in this tent as well.

It seems far from secure, but the children were likely so scared that they never thought to run away due to the risk of harm should they have been caught.

Jaycee did the best that she could with the terrible accommodations and tried to create a livable environment for herself and her daughters.

Eventually, the Garridos let Jaycee accompany them out in public and even at work. Her distinct appearance from the other children caused some suspicion, and the police eventually investigated the home, finding the horrors it contained.

The Garridos eventually plead guilty after a long court case, and justice was starting to be served for Jaycee.

Phillip Garrido was given a 431-year to life sentence, while Nancy Garrido received 36-years to life behind bars.

On the right is an artist's depiction of what Jaycee would have looked like at 25.

It wasn't until she was 29 that she was found and freed. And it turns out that the artist's depiction wasn't too far off.

This is Jaycee today, free and happy.

via: In Colors Club

She has been very busy in recent years as well.

She's become very active in the battle to raise awareness about child abduction after her trauma.

In 2011, she released a harrowing book detailing her ordeal called <em>A Stolen Life</em>.

Here she is speaking with Diane Sawyer during an interview following her rescue.

Here's the video of that profile, with Jaycee describing the experience and her joyous rescue in her own words.

And most recently, Jaycee completed her second book focused around her recovery and re-integration into society.

The book is titled Freedom: My Book of Firsts and a portion of the proceeds are being donated to the JAYC Foundation, which is dedicated to help families recover from abduction and other traumatic experiences.