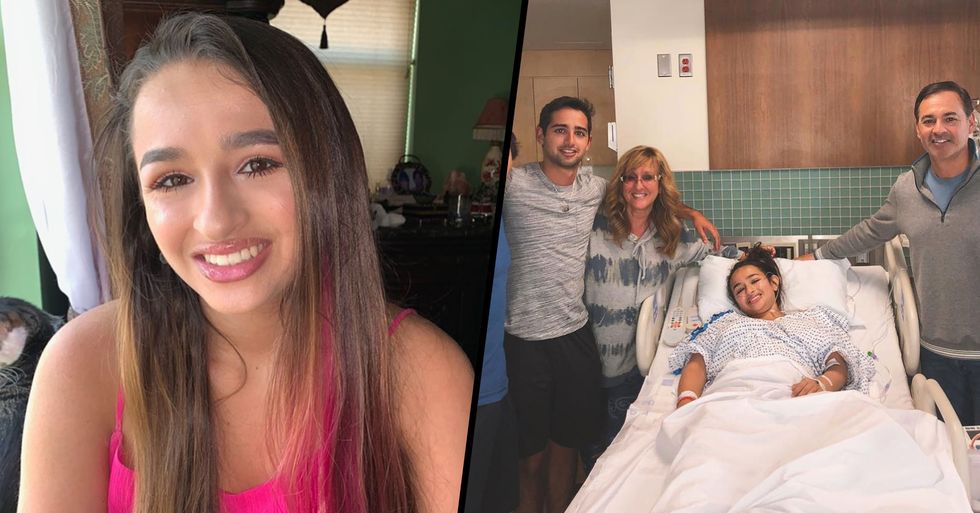 The TV personality, who has lived most of her life identifying as a transgender female, documented her surgery on her television series but hasn't revealed much post-surgery... Until now.

To see out 2019, Jazz bravely shared two stunning photographs that reveal her scars from the surgery, alongside the most beautiful reflection on her journey. Keep scrolling to see the photos for yourself, and to hear what she had to say about the grueling transition.

Jazz Jennings is making waves in the fight for LGBTQ awareness.

Jennings, from Florida, is one of our countries most famous YouTube and television personalities who also happens to be a transgender woman.

This particular surgery transforms existing male genitalia by reconstructing it into female genitalia, the ASPS says. So, as you can imagine, the procedure would be a long and gruelling one.

Sadly, it wasn't a smooth operation...

Due to the fact that Jazz had been receiving hormone blockers and estrogen from such a young age, her surgery proved to be more complex than others.

Jazz hasn't, for obvious reasons, revealed any photos of her body post-operation.

But now, to enter the new year, Jazz has finally revealed the scars leftover from her gender confirmation surgery, and let's just say, she looks amazing.

Jazz shared two photos of herself in a swimsuit on the beach...

Where the scars, on the top of her thighs, can be seen quite visibly. Captioning her post, which was reflecting on her journey throughout the past year, Jazz wrote, "These are my scars on full display in #2019. I'm proud of my scars and love my body just the way it is. I call them my battle wounds because they signify the strength and perseverance it took to finally complete my transition."

And social media users were quick to praise the star, with many labelling her as an "inspiration." One user wrote,  "You are a model of courage, strength, perseverance and most of all, LOVE", while another commented, "So strong! So beautiful! #goddess." The journey to transitioning is a long one and can take years and years to complete. Keep scrolling to see a transgender man's journey, after he took a selfie every day for 3 years to show what testosterone can do...