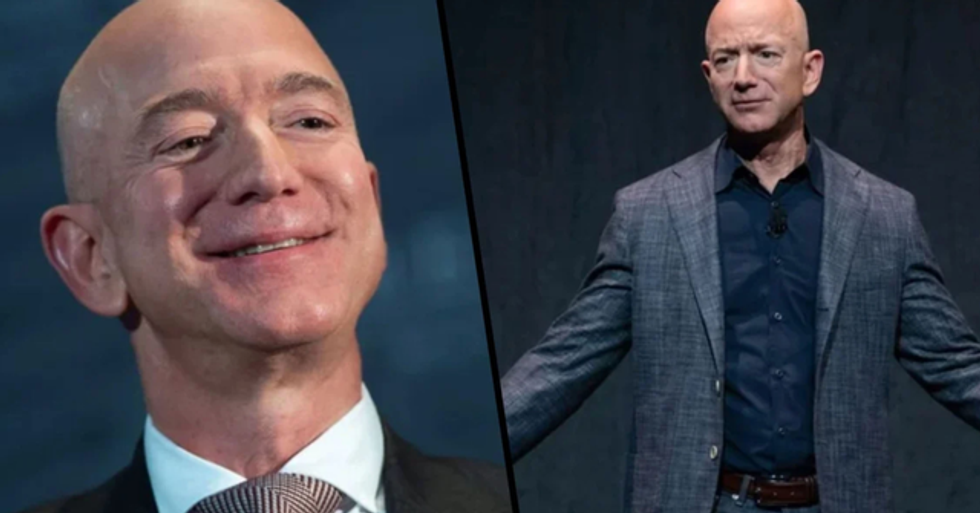 Numerous reports have been coming in about Jeff Bezos' already staggering wealth that suggests he could very well be earning a never-before-earned salary...

The only man close to matching Bezos' eye-watering net worth is Microsoft co-founder, Bill Gates, who is worth around $114 billion.

But, this week, his wealth has skyrocketed to a whole new level.

Multiple reports have been claiming that Bezos' already handsome net worth has increased dramatically...

And it has made his wealth a world first.

Here's what we know.

First thing's first... Where does Bezos' wealth come from?

Nobody is born with that kind of money, so where did it all start?

Well, we all know that he is the founder and CEO of the online retail giant, Amazon.

Bezos always held a huge passion for computers and went on to study computer science and electrical engineering at Princeton University.

In the mere years following from its launch, Amazon.com began stocking a wider variety of products, such as electronics, clothing, and toys, making it the number one online retailer.

And, as of August this year, the company alone has been reported to be worth $1000B.

Bezos has embarked on many ambitious quests in his career.

The study concluded that Bezos could certainly become the world's first trillionaire in 2026, at which point he will be sixty-two-years-old.

And his most recent net worth announcement has proved that he's well and truly on track for this.

According to multiple reports, Bezos is now the first person in the world to have a net worth of $200 billion.

California is on fire, a hurricane is approaching the Gulf, and our US Postal Service is on its knees thanks to a lack of funding. But Bezos is yet to extend a helping hand, despite the fact he is the only man worth $200 billion.

A little cash injection from Bezos would go a long way...

For more on the USPS crisis, keep scrolling...