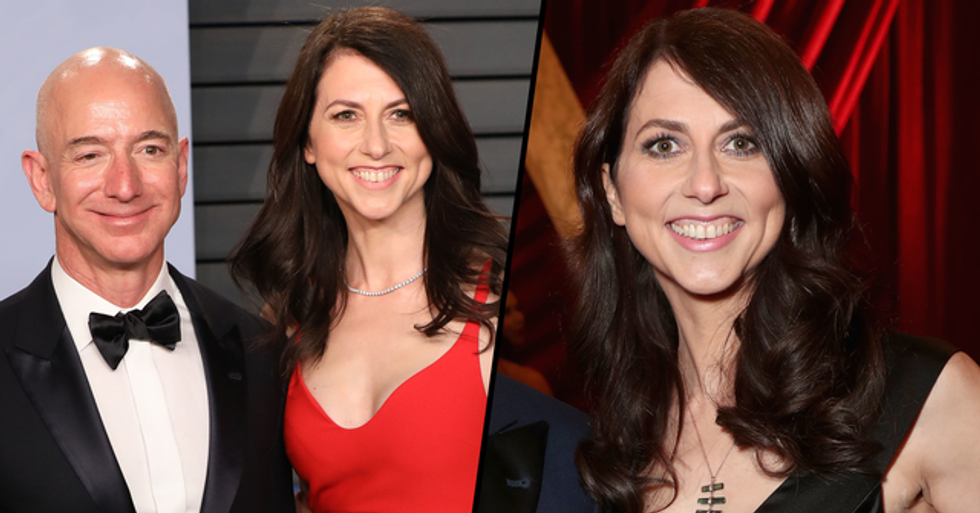 Jeff Bezos is known for his extreme (and highly controversial) wealth. And although he's come under fire for his lack of charitableness, it seems his ex-wife has quite a different perspective...

Nobody is born with a net worth of over $186 billion... So where did it all start?

Bezos's accomplishment with Amazon is staggering...

It's looking very likely that this unbelievable accomplishment will be happening for Bezos...

But not every discal decision Bezos has made has been so wise ...

Bezos married his now ex-wife MacKenzie way back when in 1994.

But after 25 years of marriage, the two went their separate ways, finalizing their divorce in 2019.

Which came at a big cost to Bezos.

The settlement saw Scott walking away with an eye-watering $38 billion.

But it seems Scott is determined to pay it forward.

As it's just been announced that Scott is donating $2 billion of her newfound wealth to various charities.

"Like many, I watched the first half of 2020 with a mixture of heartbreak and horror."

"Many will choose to share some of what they have with people whose equal participation is essential to the construction of a better world."

Want to know where those dollars are going?

You can't fault her for her generosity! Want more wealth-related news? Scroll on for the Forbes-Kanye West controversy...