Jeff Bezos Is Now Personally Worth More Than Nike, Mcdonald's, and Costco | 22 Words 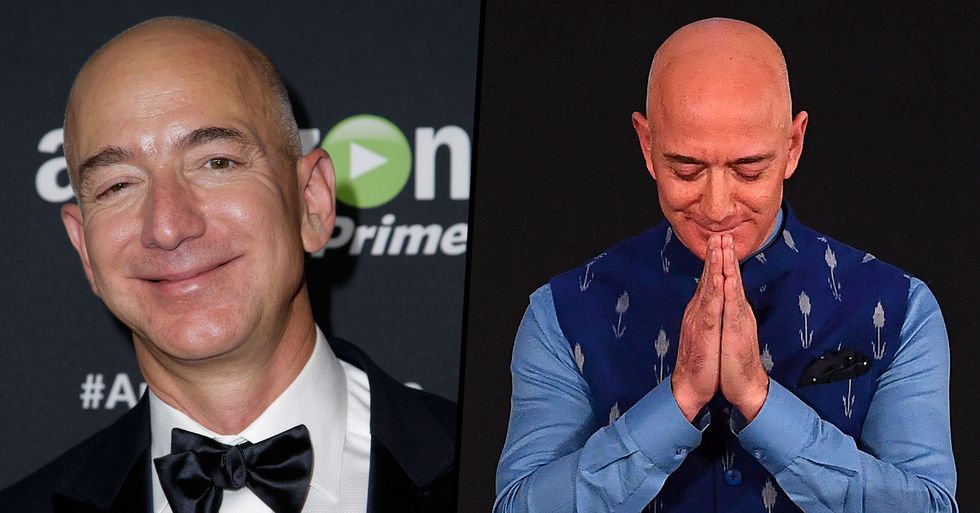 Jeff Bezos Is Now Personally Worth More Than Nike, Mcdonald's, and Costco

It has just been confirmed that Jeff Bezos is now personally worth more than companies such as Nike, McDonald's, and Costco.

Read on to find out more about the wealthiest man in the world...

Nobody is born with a net worth of over $186 billion... So where did it all start?

Bezos's accomplishment with Amazon is staggering...

It's looking very likely that this unbelievable accomplishment will be happening for Bezos...

As it has just been announced that the CEO is now personally worth a lot more than some very big brands.

He is now wealthier than some of the biggest companies in the U.S.

Business Insider has reported that Bezos is now personally worth more money than companies such as McDonald's, Nike, and Costco.

The world's wealthiest man is worth more on paper than Nike's entire $122 billion market capitalization...

The sportswear giant made $39 billion in sales, had almost 77,000 employees, and more than 1,100 retail stores worldwide last year.

And when it comes to McDonald's?

The mega-retailer racked up $153 billion in revenue last year from its 99 million Costco cardholders, and employed 254,000 people... but this wasn't enough to beat Bezos' personal fortune.

This eye-watering fortune is all thanks to the spike in Amazon's stock price...

And it's just given Bezos a step forward towards becoming a trillionaire.

For more on insanely wealthy people...

Keep on reading to learn about the time Kanye West slammed Forbes for saying he wasn't as wealthy as he supposedly is...