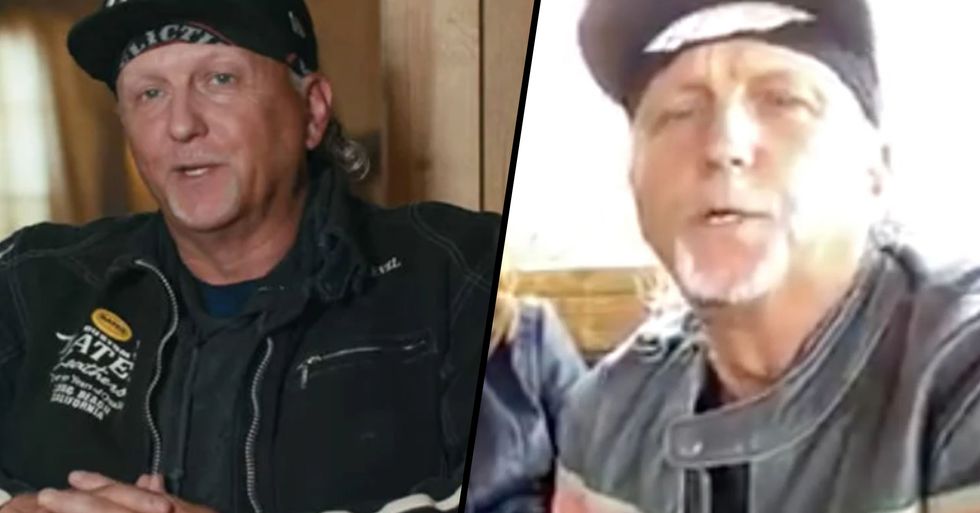 Tiger King star, Jeff Lowe, has been ruthlessly, yet hilariously, trolled by merciless fans of the show after he hosted a disastrous Reddit Q&A.

He was asking for it, I suppose...

These are some of the most brutal questions we've ever seen.

Netflix's docuseries, Tiger King gives us a tantalizing insight into the captivity of big cats here in America.

But the scandal doesn't end with Joe's imprisonment.

But now, Jeff himself has spoken out...

And, as you can imagine, he gave the most bizarre response.

Jeff recently hosted a Reddit Q&A, where fans of the show could ask him anything they wanted.

What could possibly go wrong? Obviously, Redditers went to town on poor Jeff, with over 5,000 users asking a question... And some of them were hilariously brutal.

But, first, they started with the obvious.

A fan questioned Lowe on his thoughts on the Carole Baskin theory, asking: "There's a conspiracy all over the internet this week that you were Carole Baskins' first husband. Have you seen the picture comparison and what's your take on this? She doesn't seem like your type!"

Because, of course, he did. He replied: "You're a brilliant man and she is not my type. If I was stuck on a deserted island with her, I would f*** a coconut. I've seen the side by side pictures. It looks more like John and Joe's love child." Stay classy, Jeff.

But fans of the show weren't quite finished with him there.

The questions continued to flood in, some serious and some, ahem, not so serious. And, while Jeff answered a few generic questions about the show, he left plenty unanswered, for pretty obvious reasons. Keep scrolling to see the best ones...

Let's start with something simple.

"Yeah, I have a lot of questions. Number one: how dare you?" I couldn't have worded it better myself.

Another user pointed out Jeff's foolishness at even hosting the Q&A in the first place...

"Did you expect this to be anything other than a roast?" Get in the real world, Jeff!

But a different user had a lengthy question for Jeff's wife, Lauren.

"Hi Jeff, I actually have a question for your wife. Lauren, why do you put up with this disgusting f****** a**hole and let him belittle you and treat you like trash? What derailed your self-esteem so much that you would continue to be around this 13-year-old dumb f*** trapped in a geriatric patient, whose primary concern is whether or not his peacock feathers are bright enough. You deserve better than to waste your life with an a evil conman. Call Carole Baskin, she might have some ideas that could help you out." Ouch.

It turns out that many people are "Team Lauren"...

"Do you think someday your wife Lauren will wise up and feed you to the tigers, completing the cycle and fulfilling the ancient prophecies?"

And some wanted to foil his future plans of adultery.

"Hey Jeff, when you bang your babysitter while your wife nurses your new-born baby, will you think of this comment? Thanks Jeff."

People were so curious about Jeff's supposed "love life"...

"Why did you hire a model from Vegas to fly out, take 1 single picture, and then claim she was your hot nanny?" Okay, I'm very disappointed that he didn't answer this one.

But most of the questions focused on Jeff's rather bizarre aesthetic...

"Why do you dress like a high school weed dealer? Aren’t you pushing 60?" I'm going to throw all journalistic integrity out of the window here by saying that I "lol'd" at this.

His dress-sense really is quite peculiar, isn't it?

"Why do you dress like you went through a midlife crisis 10 years ago, and just got stuck there?"

Reddit users had some pretty hilarious comparisons for his look...

"As a senior citizen, why do you dress yourself like an anthropomorphized can of Monster Energy?"

And some of them were savage.

"Hi yeah, my main question is did you marinate in a Ziploc bag overnight before this roasting?"

And, of course, his questionable choice of headwear came up.

"Are you bald under the bandana?"

His smirk seemed to concern some people, too...

"Hi Jeff, Thanks a bunch for doing this AMA! I have two questions for you: Why do you dress like Limp Bizkit’s creepy douchebag roadie? Why do you always have the self-satisfied grin of a man who just got away with farting very quietly?"

And, of course, there was this very important question.

"What is your opinion on James Garrett's Jet Ski Scene?" We need answers.

But it didn't take long for the loyal Joe Exotic fans to come out...

"How does it feel to get away with framing a man for soliciting murder?" "Framing" is a questionable word...

Some people simply want to see him behind bars.

"How long do you think it'll be before you're behind bars where you belong?"

And some wanted to seriously ask him if he thought his behavior with the tigers was acceptable.

"Do you still considering wheeling around cubs in roller bags to be an ok practice?" And, of course, he is yet to reply.

Still not bored of the spectacular roast of Jeff Lowe?

You can read the rest of the Reddit thread here. But for more on the hilarity of Tiger King, keep scrolling to see some of the internet's best memes about the show...