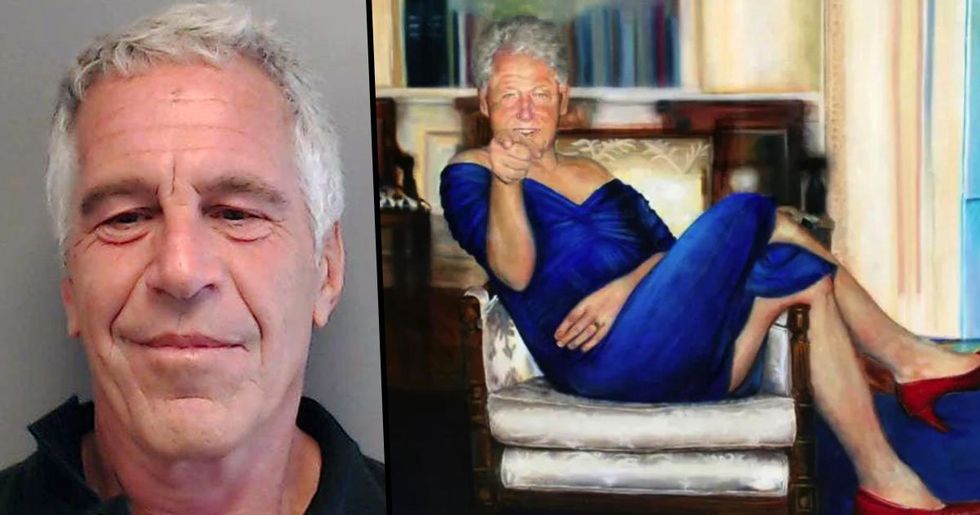 Last weekend, disgraced former financier, Jeffrey Epstein, died in prison. His death was initially ruled a suicide, but many out there believe that there's more to the story. Epstein was being held ahead of trial for a huge amount of charges, including sex trafficking of underage girls. While this is abhorrent in itself, the fact is that Epstein was incredibly well connected with the political and social elite. The fact that he died just before he could have revealed some highly classified secrets seems hugely convenient - and perhaps more than just a coincidence.

And it seems that the authorities agree, as investigations into Epstein are continuing. The latest involved an exploration of his upper east side home - and what was found inside is truly the stuff of nightmares.

For a while, it seemed like Jeffrey Epstein had it all.

He was one of the world's most successful financiers, rich beyond anyone's wildest dreams, and incredibly well-connected. But Epstein was also a very bad man.

Epstein had a long criminal history.

He'd been arrested and charged many times with various crimes involving the sexual abuse of minors. And, until last weekend, he was in prison, awaiting what promised to be a truly brutal trial.

But there was a twist in the tale.

Because, last weekend, Epstein was found dead in his holding cell. The cause of death was an apparent suicide by hanging - but many on the internet think that this conclusion isn't so clear-cut.

Because there was another side to Epstein's story.

He was undeniably a massive villain and ruined the lives of countless underage girls. But many suspect that he wasn't acting alone, and, in fact, was part of a larger trafficking ring.

Epstein had a lot of friends in high places.

And these incredibly high-profile social connections have led many to believe that Epstein simply knew too much - and that his death was premeditated to keep his secrets secret.

There's one connection, in particular, that the internet has noticed.

It seems like Epstein was rather close to the current President of the United States, Donald Trump. In fact, Trump once said of Epstein that he "likes beautiful women as much as I do, and many of them are on the younger side."

Which has led many to believe that his death is no coincidence.

The conspiracy theories about Epstein's death have taken over the internet this week - and with good reason.

And it's not just Trump who's in the firing line.

Because Epstein's connections seemed to cross the lines of political affiliation. He was also reportedly close with another former president, Bill Clinton.

This week, Epstein's home was raided by the police.

Authorities were searching for evidence relating to Epstein's charges. But what they found inside this creepy mansion was far, far weirder than anyone could have predicted.

And the internet is absolutely astounded.

Sure, we all knew that Epstein was a pretty terrible guy. But nothing could have prepared us for how weird the contents of his home have proven to be.

There's one item in particular which has gained a lot of attention.

Hung, pride of place, in Epstein's home, was a portrait of his former friend, Bill Clinton. That's already pretty weird - but when you see the picture, you'll have many more questions.

Yep, that's Bill Clinton in a dress and heels, and with a distinctly "come hither" expression. The portrait is called "Parsing Bill" and was created by satirical artist, Petrina Ryan-Kleid.

And that wasn't the only terrifying thing found in Epstein's mansion.

According to Vanity Fair, Epstein's hallway was decorated with "row upon row of individually framed eyeballs… imported from England."

The layout of Epstein's house was designed to be deliberately confusing, with over forty rooms spread over seven floors. We want to see blueprints!

Epstein also has a wall of "famous faces."

In Epstein's study, the walls are apparently papered with many disgraced individuals, including stepdaughter-marrying director, Woody Allen.

Epstein also had "a photorealistic prison scene that included barbed wire, corrections officers and a guard station, with Mr. Epstein portrayed in the middle," hanging on his second floor.

And the worst is still to come.

Epstein's home also showcased a "life-size female doll hanging from a chandelier." This one sends chills down our spines.

It seems he was going for a full "house of horrors" vibe.

At the bottom of Epstein's stairs, there's a human-sized chessboard. And, to make things even creepier, each of the pieces are modeled after a member of his staff "dressed suggestively."

Like any horror movie villain, Epstein also had a penchant for taxidermy. This includes a stuffed poodle on his desk, plus a gigantic stuffed tiger standing next to his work station.

He also had a soft spot for haunting art.

When he got tired of looking at Bill Clinton in a dress, Epstein was reportedly a big fan of surrealist painter, Kees van Dongen, who specializes in haunting female nudes. Curious to learn more detail about Epstein's crimes - and the conspiracy theory surrounding his death? Scroll on.