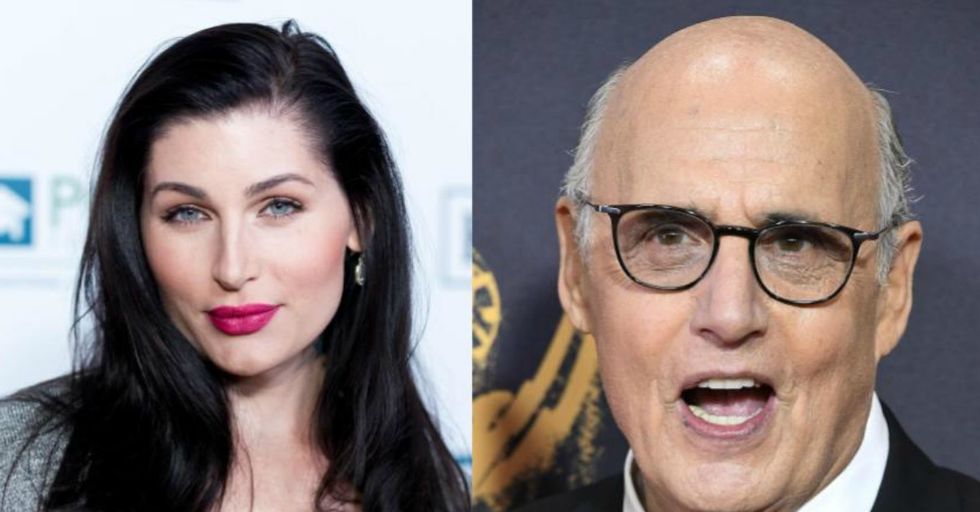 Another allegation of sexual harassment has emerged against Jeffrey Tambor. The actor, who plays matriarch Maura Pfefferman on the Amazon show Transparent, has been accused by actress Trace Lysette of offensive language and actions.

The allegations are troubling.

In a statement released by the Hollywood Reporter, Lysette reports that Tambor began harassing her soon after she started working on Transparent.

Lysette is a recurring character in the show, where she plays the character Shea – a yoga instructor and sometime stripper who teaches Maura how to use the phrase "yas queen" in a scene that went viral after it first aired in 2015.

Lysette alleges that Tambor made off-color remarks before the filming of the "yas queen" scene.

When Lysette emerged from wardrobe dressed in lingerie – her costume for the scene, Tambor reportedly said, "My God, Trace. I want to attack you sexually."

Lysette has a witness to this, actress Alexandra Billings, the other actor in the scene.

According to Lysette, both women "laughed it off because it was so absurd." But Tambor's verbal harassment was only the beginning of what was to come...

Lysette says Tambor would make sexually charged remarks to her and would behave inappropriately towards her when she saw him on Hollywood red carpets.

She "would go to hug him and kiss him on the cheek — and it would land on [her] lips. And [she] was like, 'OK. What was that about?'" But this wasn't the worst of Tambor's sexual harassment.

The very day Tambor told her he would "attack her sexually," he acted on his words.

While waiting in between takes, "[Tambor] came in close, put his bare feet on top of mine so I could not move, leaned his body against me, and began quick, discreet thrust back and forth against my body. I felt his penis on my hip through his thin pajamas."

Lysette quickly pushed him away and "rolled her eyes," compartmentalizing it.

She says no one saw the moment because crew members were busy and "It was discreet. If you were behind Jeffrey you might have thought he was giving me a hug."

While many people have been dismissing this accusation as trivial, there are a few things worth remembering.

First, sexual harassment, even sexually charged and/or demeaning words can create a hostile atmosphere at work and damage the morale and the safety of all involved.

Secondly, Tambor has been already been accused of harassing another woman, his assistant, Van Barnes, who is also transgender.

In a private Facebook post, Barnes said – without actually naming Tambor – that he  “repeatedly propositioned her, made lewd comments, groped her and threatened to sue her if she spoke up."

Lysette, who was her housemate at the time, attests to the validity of the accusations, which incited an internal investigation by amazon.

Jeffrey Tambor shouldn’t have been cast in that role in the first place and now he’s sexually harassed two women an… https://t.co/7Yw3vmoNlF
— Eliel Cruz (@Eliel Cruz)1510892618.0

"She would come home wrecked and stressed," Lysette stated. "I saw him break her down. She for the most part kept it to herself. She was just like, 'Girl, he is a piece of work. If you only knew what I’m going through.' But I knew."

In a statement to The Hollywood Reporter, Tambor denied the accusations.

For the past four years, I’ve had the huge privilege — and huge responsibility — of playing Maura Pfefferman, a transgender woman, in a show that I know has had an enormous, positive impact on a community that has been too long dismissed and misunderstood. Now I find myself accused of behavior that any civilized person would condemn unreservedly. I know I haven’t always been the easiest person to work with. I can be volatile and ill-tempered, and too often I express my opinions harshly and without tact. But I have never been a predator — ever. I am deeply sorry if any action of mine was ever misinterpreted by anyone as being sexually aggressive or if I ever offended or hurt anyone. But the fact is, for all my flaws, I am not a predator and the idea that someone might see me in that way is more distressing than I can express.

According to Deadline, however, the writers of "Transparent" are considering writing a season five without him.

Nellie Andreeva of Deadline wrote, "I hear the writers have contemplated a possible a fifth season without the show’s title and celebrated character." Indeed.