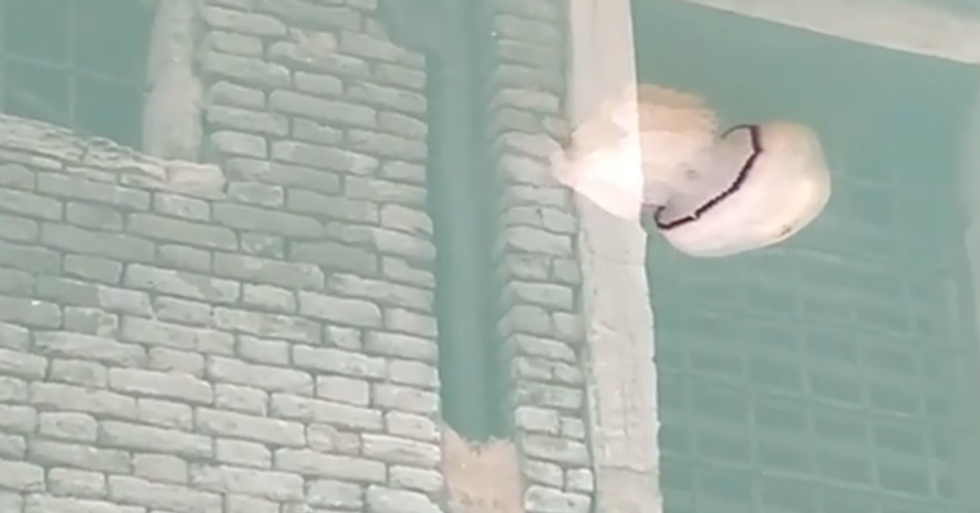 For the first time in decades, Venice's canals are clean, clear, and brimming with marine life, and one man has captured remarkable footage of a jellyfish swimming peacefully through the waters.

And our animals are thriving as a result. Keep scrolling to see some of the best photos of flourishing wildlife from all over the world...

Because, when the humans are away...

The squirrels can play.

A group of lambs decided to take advantage of the lockdown by exploring a deserted children's playground.

How about this coyote spotted catching some rays in front of the Golden Gate Bridge in San Francisco?

And for something a little less scary...

A fox in Texas found refuge in the quiet abode of someone's back garden.

Not a common sight in the suburbs in London...

But, the most remarkable sight of them all?

Over the last month, amazing footage has been coming in from the famous Italian city of Venice.

For the first time in decades, Venice's streets and canals have been deserted.

Venice has long been one of the most sought-after tourist destinations of the world, with everyone wanting a taste of their pasta and a ride in one of their famous gondolas.

And, as a devastating result of this tourism...

Their canals have taken a beating, with the waters being clouded, murky, and pretty much inhabitable for any form of living life.

But now, life has returned to their infamous waters.

The sudden drop in pollution has resulted in the canals being clearer than ever before.

A variety of fish have made a grand return to Venice...

Including swans, who were snapped paddling peacefully through the deserted waters.

Even a dolphin was seen swimming in the canals.

It's remarkable what a little bit of human absence can do the planet, isn't it?

All sorts of marine life have been making their way into the clean waters since the lockdown...

But the most shocking of all has been a recent sighting of a barrel jellyfish.

The jellyfish was seen gliding peacefully through the crystal clear waters.

Zoologist, Andrea Mangoni, captured the incredible footage where she wrote: "Thanks to the exceptional calm of the canals of Venice due to the absence of boats, this jellyfish (Rhizostoma pulmo) swam in the transparent waters near the baretteri bridge, and seemed to slip through the reflection of the buildings, incredibly motionless."

People are amazed by the footage...

If not a little envious of the relaxed jellyfish. For more on the flourishment of our wildlife, keep scrolling to read about the man who built a miniature restaurant for his local squirrels and critters...