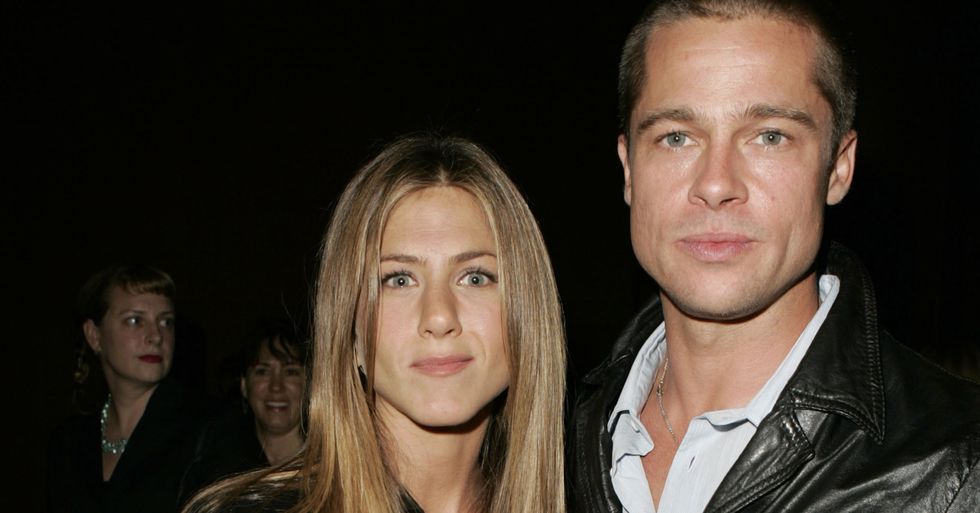 Jennifer Aniston and Brad Pitt Got Back Together Last Night

Jennifer Aniston and Brad Pitt got back together last night, and people are losing it...

The couple have made their first appearance together in months...

And people are going crazy over it!

It's clear Brad and Jen are a favorite among fans.

Everyone wants them to reconcile.

Me wanting Brad and Jen to get back together but then remembering why their marriage broke up https://t.co/zrygxxshh7
— Monica (@Monica)1579497593.0

But now, Jen and Brad have made their most recent reunion yet...

After weeks of delay due to the pandemic, the virtual table read of Fast Times at Ridgemont High will stream on Thursday.

The fundraiser, which will feature a star-studded panel, will benefit relief efforts amid the ongoing coronavirus (COVID-19) pandemic, with proceeds going toward Penn's nonprofit CORE (Community Organized Relief Effort) and REFORM Alliance.

And of course, Brad and Jen are getting involved!

The teaser has sent people wild...

Make sure to tune in on Thursday to check out the highly-anticipated reunion... it's for charity, remember! For more on Brad and Jen, keep on reading to see why fans thought they spotted Brad in the background of Courteney Cox's Instagram video...