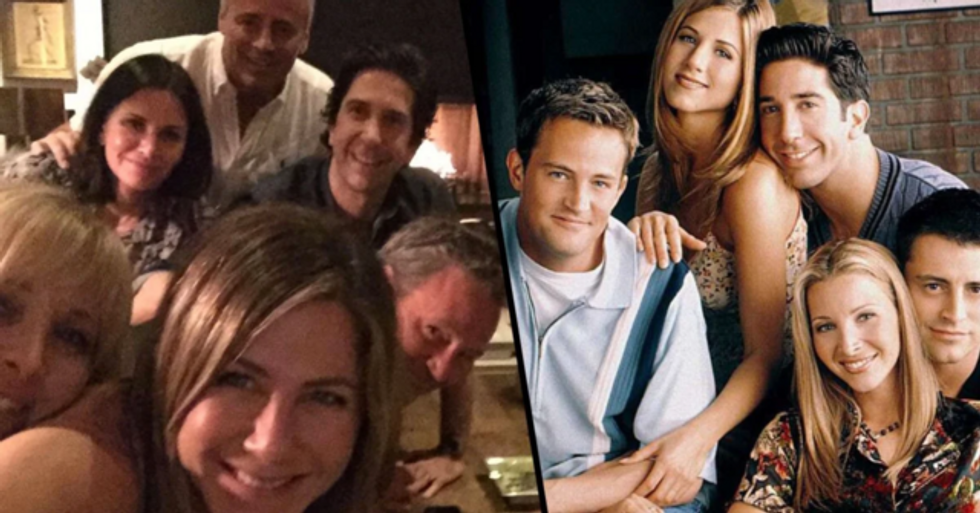 Jennifer Aniston Confirms the 'Friends' Cast Are Working on Something Together

Anyway, it's been an awfully quiet fifteen years since the final episode of Friends aired and we said our tearful goodbyes to the 6 friends we all grew to know and love. Fans of the sitcom have been more than vocal about wanting Ross, Rachel, Chandler, Monica, Phoebe, and Joey to return to the big screen one more time... And that could well be happening very soon.

Jennifer Aniston recently appeared on The Ellen Degeneres Show, and she dropped a major hint about the Friends cast "working on something together."

Keep scrolling for the full story, and to hear more about Jennifer's cryptic, yet extremely exciting, announcement...

Though there has been no official confirmation...

Jennifer dropped a major hint while appearing on The Ellen DeGeneres Show. The actress was asked whether there would be a reboot of the show, to which she swiftly replied, "No," prompting a mass sigh from the audience.

Many people have noted that, due to the dramatic age difference, a Friends reboot simply won't work. But I suppose only time will tell, right? If you're now in the mood for a major Friends throwback, keep scrolling to see some behind-the-scenes photos from the cast back in the '00s...