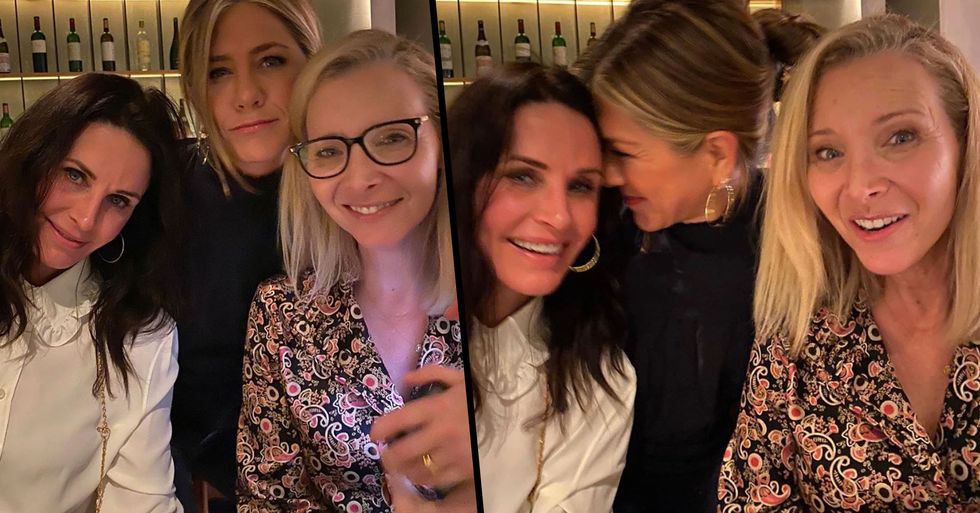 Jennifer Aniston, or should we say, Rachel Green, has been hitting the red carpet this awards season for her role in Apple TV's The Morning Show - which has bagged several nominations. But it seems last night, the star ditched the red carpet for some quality time with her friend's co-stars and the internet can't get enough.

Keep scrolling to see the pics...

However, excitement peaked a couple of months back...

Well, there has sadly been no official confirmation...

Jennifer dropped a major hint while appearing on The Ellen DeGeneres Show. The actress was asked whether there would be a reboot of the show, to which she swiftly replied, "No," prompting a mass sigh from the audience.

But this week, it seems Jen An missed out on the Critics Choice Awards to bring us an epic Friends reunion...

The actress has been out in full force on Instagram, and her latest picture has truly won over fans. Jen's Apple TV show, The Morning Show, has been bagging nominations left, right, and center, but it seems the star decided to skip this one out.

Instead of hitting the red carpet, Jennifer Aniston, Courteney Cox, and Lisa Kudrow enjoyed some quality time together. And the caption was everything...

Aniston captioned the snap: "Hi from the girls across the hall." That wasn't the only snap we got, either...

It was just about as adorable as it gets...

It might not have been quite the reunion we dreamt of, but we aren't complaining. If you're now in the mood for a major Friends throwback, keep scrolling to see some behind-the-scenes photos from the cast back in the '00s...