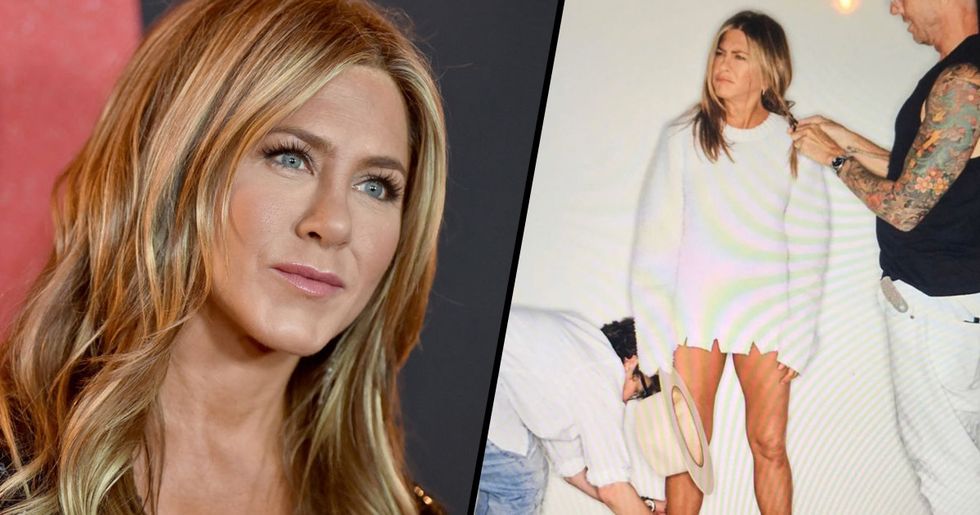 Jennifer Aniston Explains Why She Looks so Good, and Her Post Receives over 5 Million Likes

All cast members but Jen have had active Instagram accounts that constantly tease us eager followers with hints of a reunion, but the day finally came last week... Jen now has an Instagram account, and her first post was nothing less than incredible. But now that she's well acquainted with the app, she's already testing out the whole "Instagram vs Reality" thing, posting a snap revealing the real reason why she looks so good.

Her post has been well-received by fans, garnering over a whopping 5 million likes. Keep scrolling to take a look.

But, as we were finally beginning to accept we wouldn't see the gang on our TV's again, Jennifer Aniston went and totally changed the game...

Lisa Kudrow, Courteney Cox, David Schwimmer, and Matt Le Blanc post regularly on their Instagram accounts - it's only been Jennifer and Matthew Perry who have kept their distance from the social media platform.

Our prayers were finally answered!

Jen playfully commented on Matt Le Blanc's Instagram post of the gang recently: ‘You don’t have to # me anymore."

And now that the star is well acquainted with the app...

It hasn't taken her long to take a stab at the whole "Instagram vs Reality" thing.

The actress shared a behind the scenes look at this photoshoot...

The star recently featured as part of  Variety's "Power of Women" cover shoot.

She then shared the reality just seconds before the snap.

"I’m just a girl….standing with hair and makeup," the caption read, referring to Julia Roberts’ iconic line in the 1997 rom-com Notting Hill:  “I’m just a girl, standing in front of a boy, asking him to love her."

She also posted this snap from the photoshoot.

The post has gone down well with fans, raking in over 5 million likes.

People seemed extremely impressed at how quickly she's gotten to grips with the app.

“I have never seen someone enter Instagram more fully prepared. It’s a glorious master class. What an entrance, and then a #tbt, now an insta vs reality with a movie reference caption…wow. Art," Entertainment Tonight host, Lauren Zima, commented on the star's post.

We are honestly living for all this Jen An content. Keep it coming!