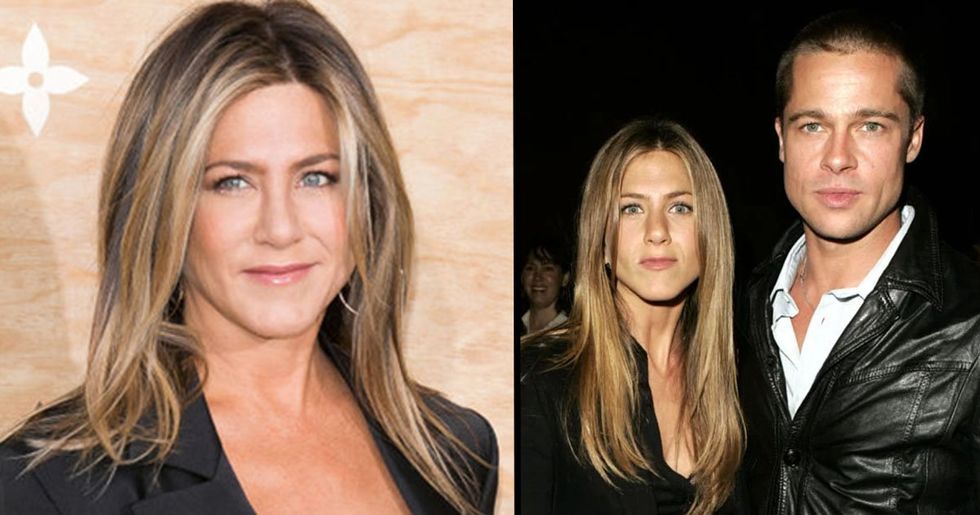 But now Brangelina are over, fans are convinced Jen and Brad are more than just good friends. And there are images people think confirm the theory - particularly the one from the morning after the night before!

Was he the other party?

Let's face it, it's unlikely - but the world is clearly on board. Fancy more from Brad and Jen? We know you do. Keep scrolling for her adorable reaction to his Golden Globes win.