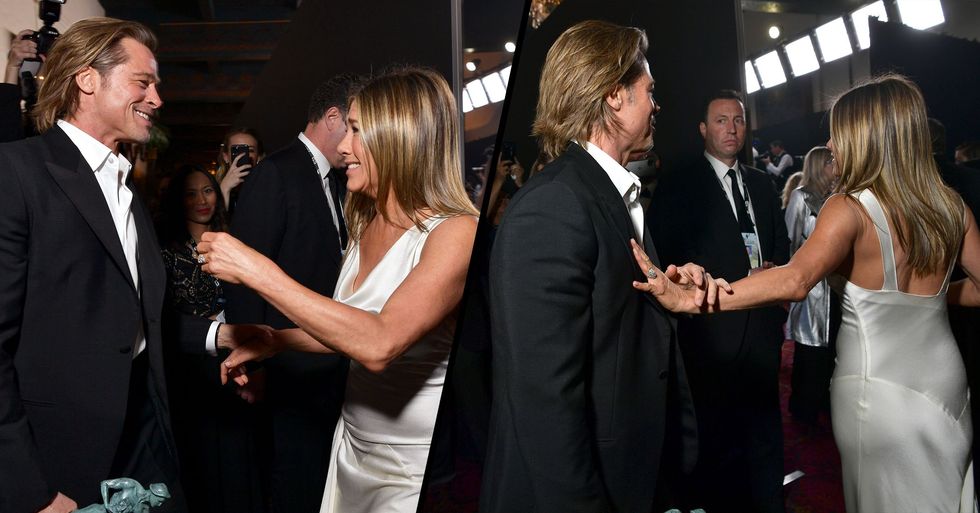 And now Brangelina are over, fans are convinced Jen and Brad are more than just good friends. Images from this year's SAG awards seemed to confirm the theory - particularly the one from the morning after the night before!

Jen remained tight-lipped about the reunion rumors - until now. Scroll on for what she had to say on the subject ...

Because this week at the SAG Awards ...

Was he the other party?

Let's face it, it's unlikely - but the world is clearly on board.

But the two have been stubbornly tight-lipped about the situation - until now.

Because Jen has finally delivered her verdict on the couple's future.

She told PEOPLE magazine that a reconciliation is actually rather unlikely.

"Jen was happy for Brad."

"They congratulated each other and that was it."

"It was an emotional night."

"She is happy to have Brad back in her life as a friend, but that’s it."

If you say so, Jen! Fancy more from Brad and Jen? We know you do. Keep scrolling for her adorable reaction to his Golden Globes win.