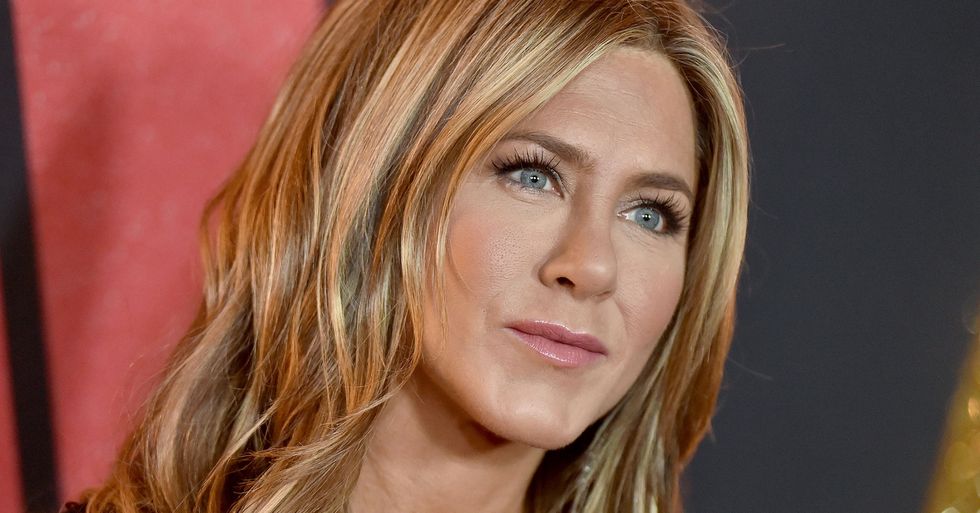 Now, this is probably the cutest thing you'll see this week...

We all know how much Jennifer Aniston loves animals...

The actress has just introduced a new addition to her little doggy family with the most adorable little puppy!

She primarily grew up with her mother...

Although a booming acting career was always going to be on the cards!

Jen won both a Golden Globe and an Emmy Award during her tenure on the beloved show. Once the world was introduced to Rachel Green, there was no looking back for Jen...

In fact, she became something of a rom-com native.

There's no doubt that over the years, she's racked up a huge fanbase...

And it's made it very clear that she's a huge dog lover.

Clyde the Schnauzer-mix and Sophie the white pit bull.

The former couple’s white German Shepard, Dolly, and Sophie even dressed up for their wedding in August 2015!

It seems that it's time for Jen to welcome a new addition to her little wolf pack at home.

The actress took to Instagram to introduce her new puppy.

"Hi! I’d like to introduce to you the newest member of our 🐾 family….this is (a very tired) Lord Chesterfield. He stole my heart immediately. A HUGE thank you to @wagmorpets for the incredible work you do. Grateful you take such great care of these rescues and find them their forever homes🙏🏼."

The little puppy is honestly, the cutest thing...

And fans just can't get enough!

It's time to meet Lord Chesterfield!

And this is an important reminder to adopt, rather than shop. Congratulations, Jen!