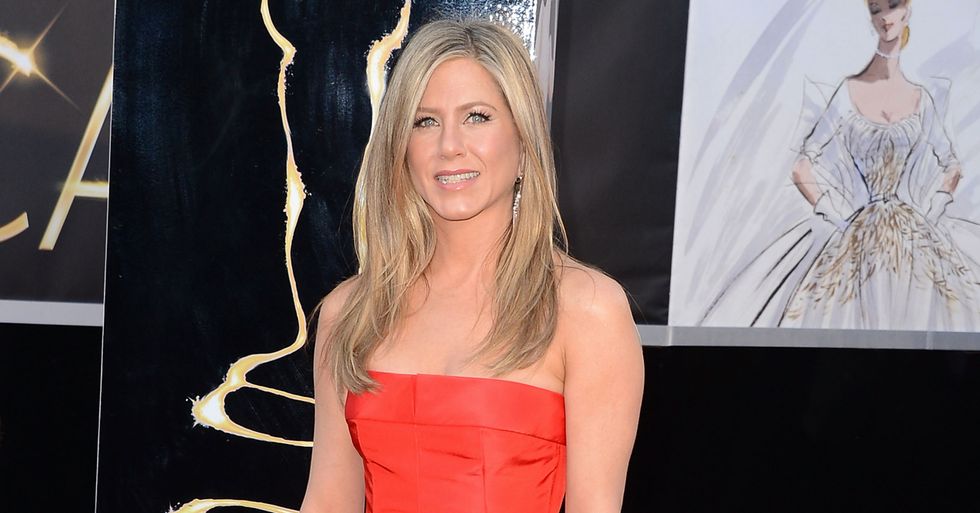 Jennifer Aniston is truly America's sweetheart. But her most recent post was a shocking photograph, and it's left fans around the world well and truly heartbroken...

Jennifer Aniston has recently been in the headlines.

A now her heartbreaking post has left fans shocked.

But Jennifer Aniston has always been America's sweetheart.

Jen primarily grew up with her mother...

Although a booming acting career was always going to be on the cards...

She comes from strong acting roots.

Both her parents are actors and encouraged her interest in drama while at high school. So, it was only a matter of time before we saw her on the big screen.

She won both a Golden Globe and an Emmy Award during her tenure on the beloved show. Once the world was introduced to Rachel Green, there was no looking back for Jen...

In fact, she's become something of a rom-com native.

A cheesy rom-com just doesn't feel right without her.

But she's gotten on the wrong side of some fans a few times...

It all started when Jen decided she was going to post this photo wearing a mask and giving us all some advice, but I bet she never expected this passionate reaction.

This user had some advice to combat Jen's...

I mean, if it was that easy @heavenlyhealthygourmet, then maybe the concept of herd immunity would have kicked in by now.

This user even went as far as to refer to her as a "puppet."

Have some respect for the nation's sweetheart.

If the virus gets you, you won't be able to take in that oxygen you so badly crave.

But her most recent post has shocked a lot of people even more than her previous one.

A few days ago, the actress decided she was going to show us the consequences of not wearing a mask.

"This is our friend Kevin. Perfectly healthy, not one underlying health issue. This is Covid. This is real." ⠀ "We can't be so naive to think we can outrun this...if we want this to end, and we do, right? The one step we can take is PLEASE #wearadamnmask."

She continued in her heartfelt caption:

"Just think about those who've already suffered through this horrible virus. Do it for your family. And most of all yourself. COVID affects all ages." "PS this photo was taken in early April. Thank god he has almost recovered now. Thank you all for your prayers." Keep scrolling to see the horrifying photograph.

Some people stood with her decision to post it...

Especially a lot of other celebrities who voiced their support.

But as good as her intentions were, the post wasn't received well by a lot of people.

Some questioned why she waited this long to post the picture... Maybe because she was too busy focussing on her friend's recovery as opposed to letting you know.

And this user questioned why she wasn't socially distancing in her posts...

So clearly they would rather point fingers than taking the advice that could save their lives.

This user recalled their own anecdote:

I don't think there's anything "lol" about it, to be honest.

And Yasmine started off well... And then ended like that.

"I'm using my rights vs "This isn't political?" Make it make sense, Yasmine.

And obviously, this wouldn't be complete without someone mentioning the elections or the fact that they're Republican...

Your president is now wearing a mask, so take after him.

This user also called her out for being "cheek to cheek with [her] friends."

This is because she was referring to this particular photograph also posted along with Kevin's story.

Here's the full post that got everyone riled up:

We're just happy that Kevin is almost fully recovered. Jennifer Aniston is a strong woman for being able to combat all the hate. Read on to find out why else she's one of our inspirations...