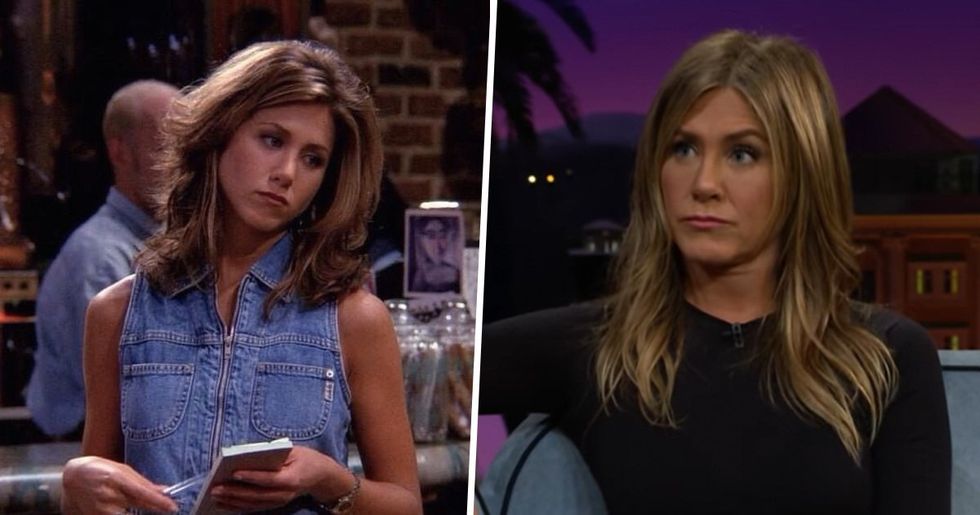 Jennifer Aniston Reveals Which Friends Stars Are Blocking A Reunion

We now live in a time of nostalgia for the better years, something which is clearly evident through the TV and film we now consume. Shows like Stranger Things remind us of a time back when life was fun, poppy and full of hair gel. While our cinemas are often filled with sequels and revivals to cinematic classics. And then you get the shows that are just straight up revivals of old favourites, like Netflix’s Fuller House or even the recent Gilmore Girls revival. And because of shows like these, many of us wonder what will be next. But there appears to be one show that won’t be returning to the small screen.

Hey, do you remember the sitcom Friends?

Of course you do

It was only one of the most popular shows to ever air on television.

It was about some friends

And all the drama they faced in life

Following each member through their careers, loves and losses.

It had a catchy theme tune

Not only this, but it also had a catchy theme tune, that anyone would recognise now

And an amazing opening sequence

As well as an opening sequence that can only now be defined as iconic.

And it ran for ten years!

In fact the show was so popular that it managed to last a decade on television. Making it one of the longest running sitcoms in history.

It also made its cast into household names

The cast of the show have all since moved onto other projects, all riding the success and familiarity that the show gave them.

And of course one of these cast members is…

Among the cast, we have film star Jennifer Aniston, who has since gone on to receive critical acclaim for her more emotional performances in films like Cake.

Recently Aniston made an appearance on The Late Show

Recently Aniston took to The Late Show with James Corden, to discuss her upcoming projects.

But of course, the conversation took a certain turn

However, the conversation soon turned to the subject of Aniston’s time on Friends.

Corden even asked her the burning question

Corden didn’t hold back, and asked with the cast would ever reunite for a reunion.

And Aniston had her answer ready

Aniston answered without pause, and revealed some shocking news about why we won’t be getting a reunion anytime soon.

As Aniston herself stated…

'Listen, the girls always say we would love to do it again…'

Of course by ‘girls’, she means co-stars Courtney Cox and Lisa Kudrow

However, Aniston then went on to say that it is the male cast members who aren’t as ready for a reunion at the moment.

As she stated in the interview…

'The boys are a little less excited about it for some reason — I don’t know why.'

So it’s their fault

So I guess hardcore Friends fans now have someone to blame for their lack of a reunion.

However, this shouldn’t come as a surprise

Although this news has been a blow to the fandom, it is safe to say that the male cast members have been open about their opinion of a reunion.

Well one of them has…

Admittedly Matthew Perry and David Schwimmer have not been as vocal as other Friends star, Matt LeBlanc.

In an interview earlier this year, LeBlanc recognised that fans want a reunion, but he didn’t think it was such a good idea.

'I understand that people really want to see that reunion, but that show was about a finite period in those characters lives, between 20 and 30.'

Although this may sound harsh, there is wisdom to his words

After saying this, LeBlanc went on to explain his reasoning behind his decision.

Going on to say that…

'To see what those characters are doing now, I think it’s almost a case of that the book is better than the movie. Everyone’s imagination of what they’re doing now is better.'

But of course being Matt LeBlanc, he also threw in some comedy

'I don’t think anyone wants to see Joey at his colonoscopy. I think it’s better for people to just leave it.'

After all, what we would expect from a reunion could never truly be captured on TV.

Although, maybe a one off special would be an interesting idea. Just something to show us what they got.

None of the male cast members have responded to Aniston’s statement, so let’s hope there’ll be no Friends drama happening soon.

But Aniston did have an amazing idea

To wrap up her answer, Aniston revealed that she had another idea in store for her Friends sisters. 'We’ve decided that we’ll just do … a remake of The Golden Girls in 40 years.'

I mean, Kudrow, Cox and Aniston playing the Golden Girls? Sign me up now!