Jennifer Aniston Says There Should Be Fewer Marvel Films | 22 Words 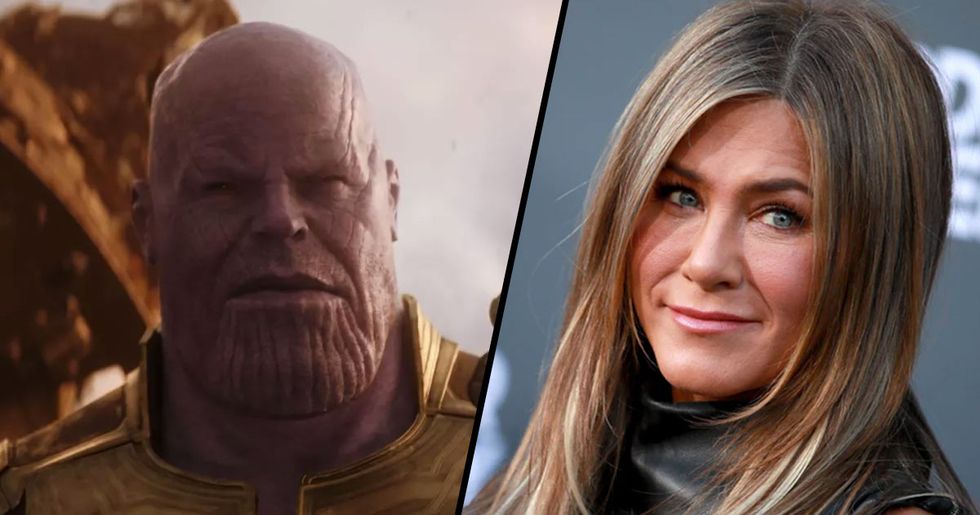 Jennifer Aniston Says There Should Be Fewer Marvel Films

In a society where art and film have become two of the most prevalent aspects of the entertainment industry, you are bound to get a fair share of criticisms. I mean, take Joker for example, amongst all the appreciation for such cinematic genius, you get the critics that come through with their edgy opinions, ready to tear such a masterpiece to shreds. For what? A few clicks? A few extra dollars?

However, in this particular case, money and clicks don't matter because the A-List celebrities that have spoken out against the Marvel franchise are already too established to care about that. Jennifer Aniston is the latest amongst a crowd of stars that have voiced their opinions about the superhero films that seem to have taken over the world.

Keep scrolling to find out exactly what they said.

The Marvel franchise has some of the highest ever-rated films.

According to IMDb, Avengers: Infinity War (2018) and Guardians of the Galaxy (2014) are just two of the Marvel films with the highest ratings.

Fans are completely dedicated to the Good vs Evil storylines.

No matter how many Marvel movies come and go, they are always highly anticipated and the numbers only prove this fact further. Avengers: Infinity War grossed over 2 billion dollars worldwide and also broke the record for the highest-grossing opening weekend.

So, it's safe to say that Marvel continues to make top tier films.

However, not everyone agrees with that. With anything good, there is always bad. And Jennifer Aniston has called out the franchise, stating that there should be fewer movies like Marvel produced.

Here are the reasons behind her controversial remark.

Speaking to Variety, the Friends star claimed that the industry is becoming heavily saturated with comic-book films.

And this alone is "diminishing" the quality of cinema.

Rather than having a variety of options to pick from, modern lists of films contain too many superheroes fighting bad guys, which, in the 50-year-old's opinion, is ruining the quality of cinema.

She would much rather see heard-hitting characters and dramas...

Jen doesn't want to see any more CGI characters dancing round in front of a green-screen. Instead, she would much rather see the industry turn back to classic genres, such as rom-coms and comedies.

This is what she had to say when she was asked about why she wants to switch back to TV:

"It wasn't until the last couple of years when these streaming services were just sort of exploding with this amount of quality that I actually started to think, 'Wow, that's better than what I just did.'"

"And then you're seeing what's available out there and it's just diminishing and diminishing in terms of, it's big Marvel movies. Or things that I'm not just asked to do or really that interested in living in a green screen." Ouch.

She then talked about the movies that she wanted to see hit the big-screens again.

"I think we would so love to have the era of Meg Ryan come back. I just think it would be nice to go into a movie theater, sit cozy. I think we should have a resurgence. Let's get the Terms of Endearment back out there. You know, Heaven Can Wait, Young Frankenstein, Blazing Saddles, Goodbye Girl."

However, the actor's dreams may never become a reality.

With almost twenty new superhero films already planned to hype Marvel audiences, it doesn't look like the film industry is going to be doing a complete 180 any time soon.

And Twitter was quick to defend their favorite superhero flicks.

This user expressed how we've already seen enough of the big Hollywood blockbusters. It's time to left the sci-fi nerds have their moment. I wholeheartedly agree.

Some fans went for a low-blow...

@ComicBookNOW Sounds like she's just upset about being stuck in shitty Adam Sandler rom-coms and not getting to be in a Marvel movie lol
— Lil' Talent (@Lil' Talent)1570656429.0

But hey, if you're going to come to attack, expect some backlash.

I think there's a petition going round to ban Friends reruns...

And some fans wanted more...

With only two or three Marvel movies released in a year, people were wondering what Aniston was talking about.

I mean, I'm all for Hollywood blockbusters but...

If the Marvel movies are proving to be popular and giving opportunities to upcoming actors to leave their mark on the genre, then why are we being salty, Jen? The entire film industry is all about creating art that people can relate to and if superheroes resonate with audiences, then that's that.

The director said that "it's not cinema," and compared it to a "theme park."

These were the words he told Empire:

"The closest I can think of them, as well made as they are, with actors doing the best they can under the circumstances, is theme parks." He also said: "It isn't the cinema of human beings trying to convey emotional, psychological experiences to another human being."

His comment may not have been so scandalous a few years ago...

@ComicBookNOW Not gonna happen ever lmao they make too much money to even think about stopping
— Joshua he/him (@Joshua he/him)1570661174.0

But seeing as these movies are leading the film industry at the moment, this has caused serious ripples to echo throughout the entire Marvel fanbase.

It seems as if fans are extremely disappointed by the director's comments.

With many stating that the Marvel movies play host to on-screen diversity, it seems as if Scorsese has hit a nerve amongst it's dedicated followers.

However, this unlikely alliance between the big-name film stars is not going to be the last.

With many publications such as The Independent agreeing with their comments, the Marvel franchise better brace itself for a whole array of newfound critisisms.